David Smith is a father on a mission to reduce the dangerously high air pollution children breathe every day whilst they travel to school. He’s campaigning for a change in traffic light phasing during the toxic school run, to reduce emissions from vehicles start-stop-idling in congested traffic. David is meeting with Glynn Barton, TfL Director of Network Management, on Thursday 4th, October 2018, and needs your support.

In four years, my son will likely have 5-10% reduced lung capacity, unless we can find a way to significantly reduce his air pollution exposure. We believe we have found a way, and we need your support in asking the Mayor of London and TfL to undertake a low cost pilot to tackle London’s toxic school run.

We live on West Hill, a residential road with a nursery, a hospital, houses, apartment blocks, council estates, a care home for the elderly, and a school with over 1100 children. West Hill is also a one mile section of the A3, a Low Emission Zone in a Clean Air Zone, which merges with the South Circular Road.

Our local nursery and school are on the main road. Many of our journeys are unavoidably on busy roads as we are surrounded by them. We don’t own a car. We walk, scoot and cycle. For longer journeys we wait at bus shelters on busy roads to travel on diesel powered buses. The evidence suggests that by 8-9 years old, children from the most polluted areas have 5 to 10 per cent less lung capacity, and they may never get that back.

We tried to find out how bad the air our children breathe really is during the school run, but there is no local hourly monitoring data. So, we bought the most mature air monitoring unit on the market (AQMesh) and measured pollution levels in our home and along our road. The results are very clear. It’s not living on a busy road that will stunt the development of our children’s lungs, it’s the time they spend outside of our home near congested traffic and idling vehicles.

Understanding this, we quickly made lifestyle changes. We spend as little time as possible on busy roads. We reduced the number of times we take our children shopping or to activities on Putney and Wandsworth High Streets. We’ve changed our route to nursery and use back streets and avoid the heaviest traffic. We try to avoid catching the bus during rush hours. When we wait for a bus we do not stand at the kerbside bus shelter. We always keep our children as far away from the roadside and idling vehicles as possible.

It’s not enough. Along with hundreds of thousands of children living or attending schools on busy roads, our children are still breathing air that may stunt the growth of their small developing lungs, affect brain development, and could leave them suffering from asthma and other long-term health problems, which limits their opportunities later in life. Long-term exposure could cause lung cancer or cardiovascular disease in adulthood.

What do our scientists say?

Unicef UK has just released a report ‘The Toxic School Run” based on new data from Queen Mary’s University London that looks at children’s exposure to air pollution across the school day.  The data finds children are disproportionately exposed to higher doses of pollution during the school run and while they are at school. One in three children - 4.5 million - are growing up in towns and cities in the UK with unsafe levels of particulate pollution.

The UK’s air pollution monitors are placed at a two to four metre height, and the data reports illegal levels of air pollution. Our babies and young children walk, or are pushed in buggies, at less than one metre from the ground and can be exposed up to 60% higher air pollution than is being recorded at adult height.

Getting to the root cause of the toxic school run

It may surprise you, that although it is the volume of traffic and type of vehicles that cause high pollution levels, it is the way vehicles are driven that produces the highest pollution levels in congested traffic. This was re-enforced recently by the 2018 BBC documentary Fighting For Air:  “Every time you pull away, every time you accelerate, you are going from NOx production ticking along from 150 up to, well, the last time you pulled away from the lights it was more than 1,500 so you’ve gone up ten times”.

It’s not just the exhaust emissions, every time a vehicle is stopped, tiny bits of metal, rubber and oil are released from the brake pads, tires, suspension, and road surface wear. According to a DEFRA report these “non-exhaust processes constitute around 50% of PM10, 25% of PM2.5 and 90% of the course fraction (PM course) of road traffic emissions.”

Every morning, at the time children travel to nursery/school, traffic is slowed to almost a standstill. On our busiest roads, the usual two to three minutes to drive one mile is increased to around sixteen minutes. There’s a constant line of HGVs, coaches, lorries, trucks, and cars, each accelerating and braking over forty times and idling for around twelve minutes per mile. INRIX and CEBR research found that drivers in London spent more than 250 hours idling in traffic in 2013.

What can we do?

Great ideas like School Streets and Filtered Permeability do not apply to schools on busy main roads, and our children’s health cannot wait for the Road to Zero, ULEZ, or the EV revolution.

Effective traffic management and driver behavior changes can quickly reduce vehicle emissions during the toxic school run. The current 60 second traffic light phasing on our busiest city roads works ok with off-peak flowing traffic. With peak-time congested traffic, it ensures vehicles are driven in the most polluting way; repeatedly starting, stopping, and idling.  If we are to quickly reduce our children’s exposure, this cannot be allowed to continue at the time children travel to nursery and school. If people insist on driving during the toxic school run, we must insist they do so in the least polluting way.

A simple low cost solution is to change traffic light phasing, during times of congestion, from 60 seconds to 120 seconds. This makes little difference to vehicle journey time. The same volume of traffic will move through the city at the same pace but drivers will have multiple opportunities to stop and switch off their vehicle engines, rather than continually edging forward, braking and idling.

On or busiest roads, this could reduce vehicle emissions by over 70%! Pedestrians, cyclists, vehicles drivers and their passengers would experience reduced air pollution exposure. Less fuel would be burnt, less wear/tear and damage to vehicles from incomplete combustion during idling, so money saved by drivers. The only losers are the fuel companies and the tax man.

We conducted a poll on Twitter and asked: “If you could reduce your vehicle emissions by 70%, at the time children travel to nursery/school, by switching off your vehicle engine whilst waiting two minutes at traffic lights (zero impact on your journey time), would you support the idea?”

Research shows that children are exposed to significantly higher pollution levels inside cars than outside. According to Sustrans, “one in four cars on the road during the morning peak are doing the school run”.

I believe that if parents who drive the toxic school run fully understand what’s at stake, they will lead the way, switch off their engines and reduce their own children’s pollution exposure. Self-interest and social pressure will encourage other vehicle drivers to follow, many of whom already feel they are being forced to idle. [ref]

For many vehicles, idling for more than 10 seconds produces more emissions than engine restart. It is vital that we bust the many myths about vehicle idling which encourage the unnecessary burning of fuel.

The math and the science say yes but there’s really only one way to find out for sure. That’s why we're asking TfL and the Mayor of London to pilot this solution, on the one mile section of West Hill (A3) in Wandsworth and we need your support.

We’ve shared our traffic management solution with Heidi Alexander, Deputy Mayor for London and have a meeting with Glynn Barton, TfL Director of Network Management on Thursday 4th October 2018.

So far, our petition for a pilot has 26 signatures. Before I meet with Glynn I’m keen to get more signatures and demonstrate real public support for this low-cost idea to protect children on their toxic school run. Will you help make it happen?

Thanks for your support to tackle the toxic school run, David and #ToddlerBiker 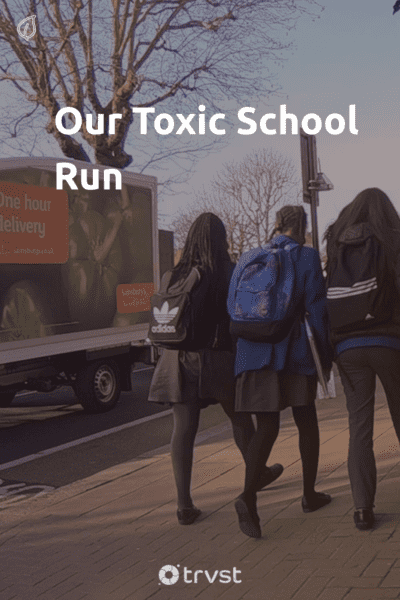 By David Smith
David Smith is a father on a mission to reduce the dangerously high air pollution children breathe everyday whilst they travel to school. He’s campaigning for a change in traffic light phasing during the toxic school run, to reduce emissions from vehicles start-stop-idling in congested traffic. 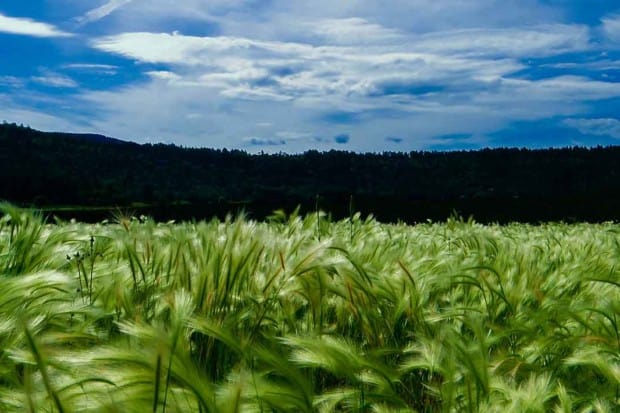 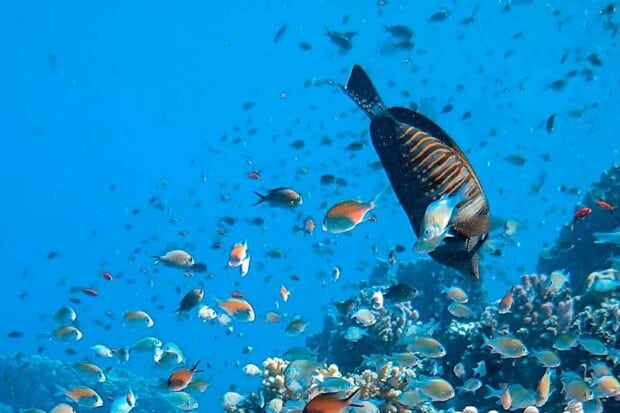 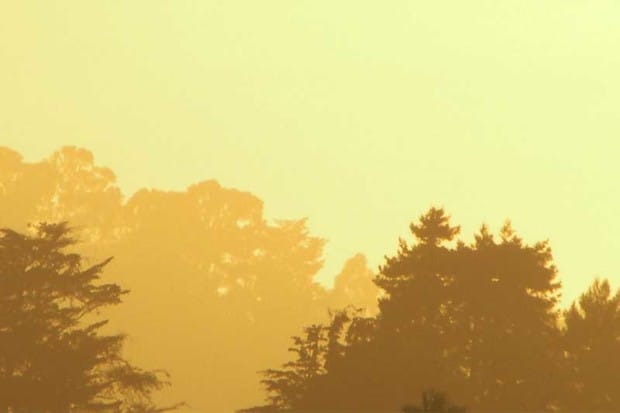 inspiration
Why Is the Sky Yellow? And What Does It Mean?