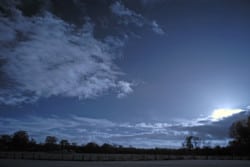 TRVST: What’s in a name?

“All the world is made of faith, and trust, and pixie dust”

TRVST (pronounced “trust”)” is our third and final name. We very much like it.

We began life as the Atmosphere Foundation. Atmosphere was my then consulting vehicle, a boutique shop specialising in digital transformation, helping large organisations to navigate and make the most of digital opportunity. The foundation networked in senior stakeholders and explored the role of profit with purpose.

As we progressed, predominately across a series of events, it became increasingly clear that there was a need to do more than simply convene. Our gathered small crowd wanted to actually get on and achieve. The opportunity to collaborate and co-create became apparent.

Branding can be so subjective. As we gathered momentum and started to more cohesively form our plans we became Oxygen. If Atmosphere tipped its hat to the future, a horizon not on land but rather one of growth and ambition, then Oxygen was an enabler, a requirement.

In early 2018 a new well funded entrant in the US stole our march on the press, launching a technology business also called Oxygen. It was in a different sector, a different country, however shared the same blockchain backbone that is critical to our future plans.

Dilemma! Stay the course with Oxygen or go through the inevitable additional work and delay to re-brand before we were really visible in the public eye.

We chose the latter. I’m not sure we would of had TRVST not emerged as a front runner.

Trust is hard earned and easily lost. According to the Edelman Trust Barometer, trust in institutions and charities is at a 17 year low. No surprise really when there are abuses of data, power and the media latch on and expose one crisis after another, in turn selling newspapers and website impressions. Meanwhile pick up any of these newspapers and scan the days headlines and it’s not too difficult to arrive at the conclusion that we’ve made a bit of a mess of things.

Our mission is to create a movement where shared passion for a better future connects diverse stakeholders together to change the world for good.

This will only work and persist if trust is the connector. So we’re setting out to prove a systemic approach to building trusted connections between the people, resources and the causes that need them, empowering people to act.

Generally I dislike brand names that have odd numbers, letters or weird spellings. There’s nothing worse than having to spell out a name, only for the recipient to forget it instantly as its not memorable.

So here we are with a V in the middle of our name. There’s the obvious reasons, finding domain names for a new business, not going head to head for visibility on the search engines with something so generic.

Churchill popularised “V-for-Victory” (also known as the peace symbol) following a BBC broadcast where the Belgian Minister of Justice said "the occupier, by seeing this sign, always the same, infinitely repeated, [would] understand that he is surrounded, encircled by an immense crowd of citizens.”

Ringo Star regularly used it quoting “peace and love.” It’s been used to protest elections, by counterculture activists, winning olympians and even Rihanna.

It’ll never be uniquely our own. There is however something rich to explore and reignite in a symbol that brings people together, aligning with the victory we need to achieve over many a  social problem and an enduring message for peace.

In people we TRVST

The US peace dollar was minted from 1921-1928 and featured the words “IN GOD WE TRVST.” Coin aficionados have queried a misspelling, however in Latin both the letter U and V were regularly used interchangeably. Hence I think we can ably get away with being TRVST, pronounced “trust.”

With TRVST we’re looking to align human motivations across head, heart and wallet. A peace coin that shares our name resonates, we’re going to recognise impactful actions in time with our very own contemporary interpretation.

And for us it’s about people. It’s always about people, that’s why we build tech, create opportunities, where the ultimate value is derived. In people we TRVST.

V for Victory: A Timeless Symbol

Tweet
Pin
Share
Share
WhatsApp
Pocket
Email
By Ben Hart
Ben has spent the last 20 years building agency businesses to help large blue chip clients make the most of digital opportunity. His experience is leading digital strategy, building digital products and helping organisation transform for a more digital future. He has worked on a global level with clients including AMEX, Honda, Pernod Ricard, Adidas […]
Featured in TRVST
Sign Up for Updates
SIGN UP
Sign Up For Occasional Updates
You Might Also Like
Roll on 2019
What does TRVST have in store as we head into 2019. Our plans and thoughts for the year ahead as we seek to bring people together for social impact.
Xmas Canapés and Inspiration – A wrap
Reviewing TRVST's xmas canapés and inspiration event at the October gallery inspiring collective action for social impact.
Ben's Reflections on TRVST's July Dinner
Reflecting on TRVST's July dinner with amazing speakers inspiring stories shared to bring people together to act for social impact.
We Believe In The Future
We have a vision of a sustainable future that is transformative, inclusive and authentic. We believe in a world where ideas and actions are valued.