Like any other health concern, looking after our mental health is an essential aspect of our well-being. With recent developments both globally and country-wise, a decent amount of mental illness concerns are tackled daily. Below, the mental health facts highlight some of the important aspects of mental health, from raising awareness, stamping out stigma, and progress toward treatment and improvement.

Mental health affects the general state of health of the world and impacts our quality of life and that of those around us. Further, amongst the impact of covid19, we’ve seen an increase in people suffering from mental health issues as circumstance has kept us away from friends, family, and support. Alongside our facts below, our list of mental health quotes highlight the importance of raising awareness, growing understanding and empathy, and supporting those who have a mental illness.

#1 - Nearly one in five U.S. adults live with a mental illness4

This percentage has increased from last year's 9.2% and shows that youth mental health is getting worse. If this continues and little changes, the rate will climb to 12.2% in the next five years.

Adults with mental illness at this time either suffered a behavioral or emotional disorder. And it's prevalence is also found to be more common among young adults than older adults.

The increase in the rate of individuals under this age bracket is alarming since it dominates with 20.6% of all adult Americans with any mental illness and those with serious mental illness is still a substantial amount.

Mental illness is more prevalent among females than males. This figure is higher than the males and will only increase unless attention changes from morbidity to gender-specific determinants and mechanisms that protect mental health.

Statistics for men show that mental illness will increase if not taken care of, especially since substance use disorder, alcohol, and drug use disorder are more prevalent in men.

Globally, this comes in different forms, from serious mental illness including depression, bipolar and eating disorders, borderline personality disorder, and schizophrenia. Other people may suffer from anxiety or less severe forms of depression. Adults experience bipolar disorder at some stage in their lives at a rate of 1 in every 100. The presence of these disorders everywhere globally makes it an essential focus for global health to improve support, behavioral health statistics, and mental health treatment. Globally, the aim for good mental health across the general population and reducing the rate at which mental illness increases remains a challenge. Furthermore, each diagnosable mental health condition recorded does not report the impacts on carers and support networks of those suffering.

Depressive disorders are higher in individuals aged 70 years and above and can be broken into mild and major disorders. They both have their unique symptoms and also share similar symptoms like loss of concentration, attention, self-confidence, ideas of self-guilt, and acts of self-harm. Major depression also has a higher median estimate of prevalence in females than males.

Anxiety disorder is the most prevalent mental health disorder in the world. Globally, 284 million people are estimated to suffer from anxiety. This differs from between 2.5% and 7%  in each country across the globe.

#10 - In 2017, an estimated 13% of people worldwide had mental health or substance use disorders2

#11 - In countries affected by fragility, conflict, and violence, it is estimated that one in five people are afflicted with mental ill-health3

The mental health facts show that when people find themselves in an environment of constant crisis, conflict, violence, serious mental illness, anxiety disorders, and other mental health conditions, they impact a larger percentage of the population. Furthermore, mental health problems affect children and adolescents of countries experiencing conflict more because of their inability to handle such situations.

This shows a high level of improvement compared to half a million people who received mental health services in 2009. If this continues and more work is done, we might see the figure tripling by 2027.

Countries with inadequate child care systems experience more of this. Children do not have the mental capacity to handle most of the physical causes of mental disorders. These mental health issues can regularly be traced to family history.

#14 - 1 in 6 U.S. children aged 2–8 years had a diagnosed mental, behavioral, or developmental disorder5

Apart from a natural cause or hereditary cause, mental or behavioral disorders at this age bracket are due to many risk factors like physical environmental factors, poor parenting, and life experiences like trauma.

The behavioral problem majorly associated with older children is major depression and anxiety.

Boys in this age bracket tend to have received a diagnosis of attention-deficit/hyperactivity disorder (ADHD) more than girls with 12.9%. 6 in 10 children with ADHD also had at least one other mental or behavioral disorder

The anxiousness that comes with changing environment, school, and making new friends tends to be strong for children at this age and often reflects in the child's behavior. Whereas an uncontrolled feeling of anxiety definitely affects the behavior and thoughts of a child. The child tends to exhibit behaviors like lack of concentration, a quick temper, outbursts, tense, and fidgety. Behavioral disorders like social withdrawal, anger, increased sensitivity, rejection, and continuous feeling of sadness often come with depression.

#22 - Mental illness accounts for 10% of the overall disease burden worldwide, including death and disability3

According to the World Health Organization (WHO), mental illness makes up 10% of the overall disease burden globally, including disability and death. By 2030 if no work is done and the lifetime prevalence of mental illness remains underestimated and undertreated, this figure is expected to double.

Suicide, most often related to mental illness, is the second leading cause of death worldwide for young adults aged 15-29.

Countries with chronic conflict and violence reports dominate this percentage. This percentage increases with respect to an increase in the population of these countries.

An estimated  10-20% of young children and adolescents in the world experience one mental health condition or the other. These can include mood disorders through to more severe psychotic disorders.  This population remains undertreated and underdiagnosed. These children develop social and emotional habits at this stage, and it is essential and crucial to the mental well-being of adolescents that they engage in healthy habits. We seek to ensure their psychological well-being. Physical, social, and emotional changes like violence, abuse, exposure to poverty increase the chances of mental health problems in an adolescent.

An estimate of 264 million people suffers from depression, one of the leading causes of disability, with many of these people also suffering from anxiety. 75% of this population has received no mental health treatment at all.

This is nearly half, but it is decent progress when compared to the figure in the previous year’s indication of the progress being made to reduce mental health indicators and step up mental illness treatment.

This is higher than the male percentage and further proves the higher prevalence of AMI among females at 24.5% than males at 16.3%. This is a significant improvement compared to previous years in the U.S. With more work done, there will be further improvement in 5 to 10 years.

Mental health issues are common among this age group, especially post-traumatic stress disorder. It is a higher percentage than those in the 18-25 years range. Treatments, counseling, and prescription medications were also given to this group.

Considering the amount of Adult Americans suffering from mental health conditions, 47.2% did receive treatment in 2019, leaving the remaining percentage untreated.

Participants of this training experienced a high reduction in depression and anxiety symptoms than the group of entrepreneurs who did not participate. 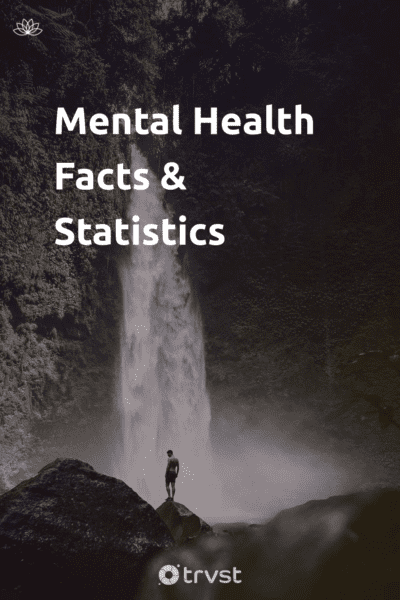 Photo by Filippo Cesarini on Unsplash
Featured in Mind & Body 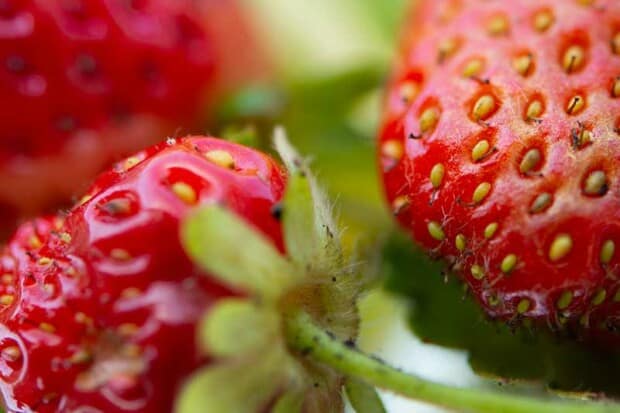 quotes
80 Strawberry Quotes To Freshen And Sweeten Your Day 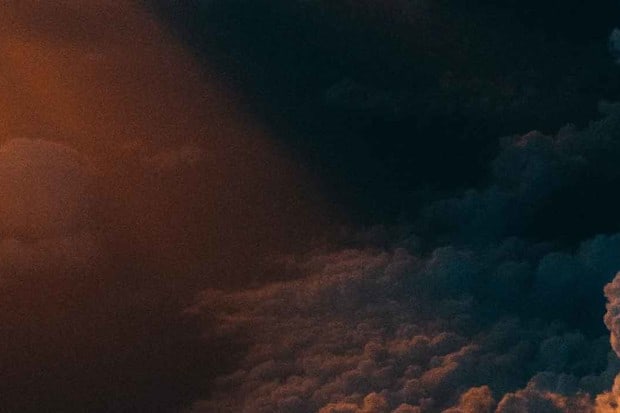 inspiration
How to Write a Journal? Why You Should Start a Journal and Writing Tips 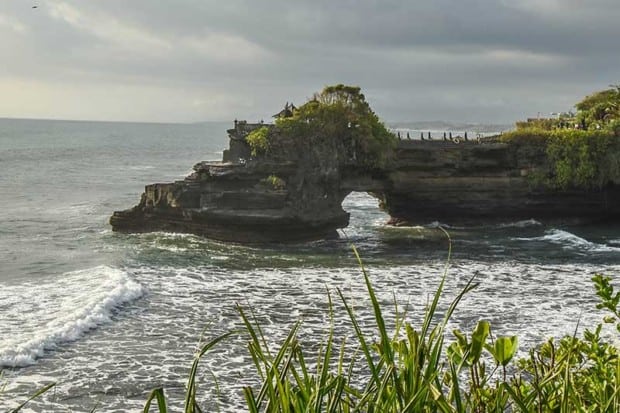 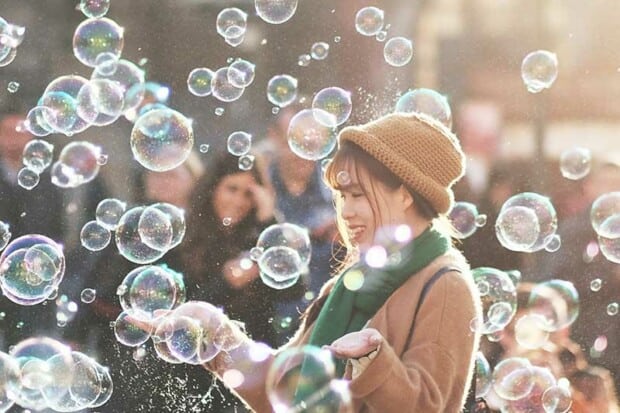 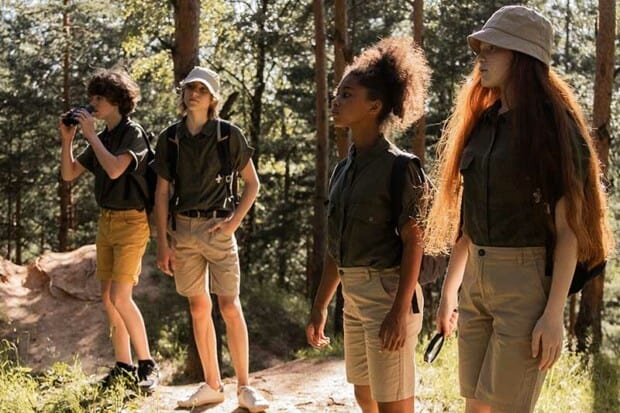 inspiration
What Color is Khaki? Shades of Khaki and a Little History 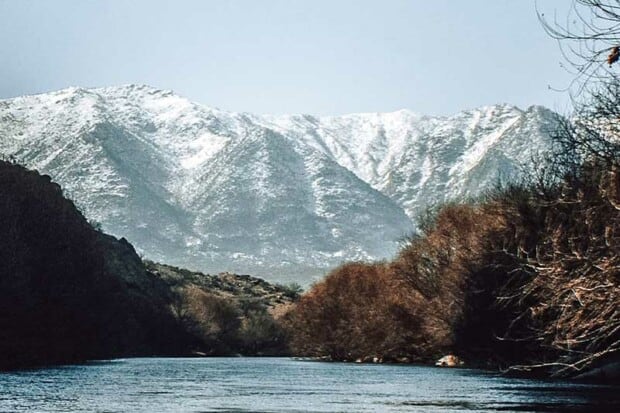