Homepage · Mind & Body · History of Mindfulness, From East to West to Mainstream

History of Mindfulness, From East to West to Mainstream

The history of mindfulness and the 'ancient history' of the mindful movement is rooted in undocumented eras. For millennia, people practiced mindfulness exercises to support their religion and spirituality. But through science, mindfulness would become a mainstream movement in the western world.

So far, historians have been able to recreate a timeline that teaches us about the first recorded organized practices of mindfulness.

The History of Mindfulness Begins in the East

We can trace the history of mindfulness as a practice back to the Vedic age. This refers to the period between c. 1500 – c. 1100 BCE in the Indian subcontinent. We know this because Vedic literature, also known as the Vedas, includes references to mindfulness practices.

During the Vedic age, Buddhist masters adopted mindfulness to enhance their meditation practices. The ultimate goal of Buddhism is to reach Nirvana, a state where the desires and sufferings of an individual simply go away. The word 'nirvana' translates to 'blows out,' as in, blows out a candle. A state seen as a state of lasting, unconditional happiness known as enlightenment.

To reach enlightenment, Buddhists have to learn to explore their minds in ways that are inconceivable to most people. They should be able to peel away the parts of their minds that hold negativity, judgment, and other thoughts that cloud the mind. These concepts may seem familiar today because they are also present in meditation and mindful living.

Meditation could indeed have started long before we could prove it. Many Hindu deities are commonly pictured performing meditation, such as the Hindu god Shiva who is often portrayed in a Tiger skin dress while meditating in the lotus posture. Meditation in India comes in many different varieties, but some of the most common forms of meditation are mantra chanting or silent contemplation.

By 100 BCE, Buddhists could join a Mahayana, the term used to refer to Buddhist schools. These learning communities started in India and Kashmir3, then spread their Buddhist teachings through Asia.

In these schools, what we currently refer to as mindfulness was practiced and taught by great minds, many of whom we have no records of today. Eventually, trained Buddhists left Asia, traveled abroad, and started teaching mindfulness in new regions of the world. And so, the history of the mindful movement began to move from the East to the West.

Mindfulness spreads from the East to the West

As more Buddhists from the East shared their teachings internationally, the message of mindfulness began to influence more people, especially in the western world. One of these people was Jon Kabat-Zinn, widely referred to as the father of mindfulness.

Jon Kabat-Zinn was working on his Ph.D. in Molecular Biology at MIT when a Zen missionary and Buddhist teacher gave a lecture. This teacher was Philip Kapleau, who practiced and taught his unique style of Japanese Zen tradition. This was Jon's source of inspiration to explore mindfulness2. He would go on to study meditation under Thích Nhất Hạnh, Seungsahn, and other renowned teachers.

By 1979, Kabat-Zinn had 13 years of meditation practice history. He was also doing post-doctoral work in cell biology and anatomy. Around this time, he decided to go on a 2-week meditation retreat. One report says that at this retreat, attendants had to practice in the cold up to 3 am, "suffering the all-consuming discomfort of sitting cross-legged and motionless for hours and days."

During this two-week retreat, Jon Kabat-Zinn found what he refers to as his 'karmic assignment" in life. When speaking with Psychotherapy Networker, he put it this way:

"It was on the 10th day or something like that, and after all of those years meditating on what my job on the planet was, I suddenly thought, 'Oh my God, I could bring all this stuff--meditation, mindfulness, yoga--into the hospital!'"

Kabat-Zinn started to envision all the different ways we could use meditation to help people suffering from chronic pain and other life-altering health issues. However, Kabat-Zinn had a problem.

This was the 1970s, and the western world did not have nearly as much information on meditation practices as it does now. Words such as vinyasa and vipassana were strange to most people. Also, he tried introducing these spiritual practices in hospitals, which at the time were managed by people who would throw out anything not based on empirical evidence.

With this challenge in mind, Kabat-Zinn decided to present his solution using a scientific approach that would appeal to his target audience better. He founded the Mindfulness-Based Stress Reduction Clinic (MBSR) at the University of Massachusetts Medical School.

He also avoided using words that could present his practices as Buddhist practices. In the 1970s, Americans regarded other Americans who practiced Buddhism as 'hippies' and 'new-agers' who were going against their culture. Kabat-Zinn did not want cultural barriers to stop people from exploring MBSR and the potential benefits of a more accessible mindfulness-based program. Kabat-Zinn said:

“I bent over backward to structure it and find ways to speak about it that avoided as much as possible the risk of its being seen as Buddhist, New Age, Eastern mysticism or just plain flaky.”

With MSBR established, the more modern history of the mindful movement involved teaching teachers. Kabat-Zinn could teach mindfulness while researching and collecting the data he would need to convince more people. The basic techniques taught at MSBR are mindfulness meditation, body scanning, and yoga postures. The program takes eight weeks.

Kabat-Zinn's goal was to create both members of the mindful movement and teachers. This is one of the many reasons why mindfulness saw significant growth in America and other Western countries. His work created new teachers, who, in turn, went to teach in their medical centers, schools, workplaces, and more.

While many medical practitioners were doubtful of Kabat-Zinn's methods initially, it didn't take long to convince them. MBSR was helping patients through physical, mental, and emotional health issues. Patients reported that they were less anxious, more relaxed, and could sleep better.

One doctor told Kabat-Zinn: "You did more for my patient in eight weeks than I've been able to do in eight years." Since 1979, over 24,000 people have completed the 8-week MBSR program. Some of these people have gone ahead to become teachers and instructors, passing along the practice.

Kabat-Zin was the first known person to relate the word "mindfulness" to Buddhist and Zen practices. However, that doesn't mean he was the only person speaking on this topic. Others, too, contributed to the rise of the mindful movement. One of which was Harvard cardiologist Herbert Benson.

In 1975 (before Kabat-Zinn started MBSR), Benson published a book, The Relaxation Response, which sold over 4 million copies. He spoke about eastern meditation practices and concepts. But, like Kabat-Zinn, he tried to bridge the cultural divide using western adaptation.

Mindfulness in Western Psychology and Philosophy

Within the history of the mindful movement, one of the first known influences of mindfulness and Eastern philosophy in psychology dates back to Carl Jung. Many of Jung's psychological theories were heavily influenced by Eastern philosophy and incorporated mindfulness informally and conceptually. However, mindfulness was not formally introduced into psychology until 1979, when Jon Kabat-Zinn created the Mindfulness-Based Stress Reduction (MBSR) program.

The creation of MBSR led to the development of Mindfulness-Based Cognitive Therapy (MBCT) by Zindel Segal, Mark Williams, and John Teasdale. They proposed a form of psychological therapy with the primary purpose of treating Major Depressive Disorder. Aaron Beck, in the 1960s, developed MBCT, a combination of MBSR and a form of psychological therapy called cognitive therapy.

Mindfulness in psychology also grew in popularity with the help of the Insight Meditation Society (IMS), founded by Jack Kornfield, Sharon Salzberg, and Joseph Goldstein in 1975.

Over time, the mindful movement increasingly permeated new aspects of Western psychology. There are now various mindfulness training options and programs to address nearly every mental condition and demographic.

At a more recent point in the history of the mindful movement, mindfulness moved from a Buddhist practice, or a medical intervention, to a mainstream everybody-is-welcome movement. Everywhere you look, there is a new mindfulness program available. There are mindfulness programs for the workplace, veterans, women, men, and children too!

Because of the work of Kabat-Zinn, Herbert Benson, and other pioneers, accessibility to information and guided mindful awareness practices increased. Several researchers also became interested in the concept and began to carry out independent studies. In 1996, only three published studies on mindfulness existed in scientific journals. In 2006, ten years later, that number jumped to 6671.

It also helped that the mental health movement has gained momentum over the past few decades. People are beginning to realize the benefits of self-awareness and healthy mind space. Schools and organizations are also starting to regard issues such as anxiety and burnout as real health issues that we should address. As these conversations rise between patients and health practitioners, the result encourages more people to explore mindfulness practices such as meditation.

It also spurned various western interpretations of Zen Buddhism, originating from China, and Tibetan Buddhism with mediations rich in visualization.

We can trace the adoption of mindfulness around the world for several reasons; spirituality, health benefits, the search for a purpose, enlightenment, and so on. Mindfulness based interventions have shown they can help us ditch unwanted habits and appreciate life in the present moment aiding a positive attitude. The mindful movement continues to grow because people find results in their individual goals through the practice.

In the Eastern world, where mindfulness originated, practicing mindfulness is a way of life for many. The rest of the world is still catching up, as it will take some time before mindfulness becomes a part of our culture. Since Jon Kabat-Zinn coined this term, the mindful movement has only continued to grow. Today, we expect it to maintain its momentum for the foreseeable future. 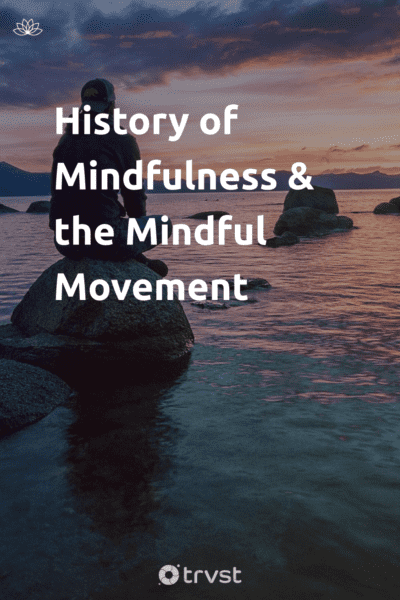 Photo by Keegan Houser on Unsplash
Featured in Mind & Body 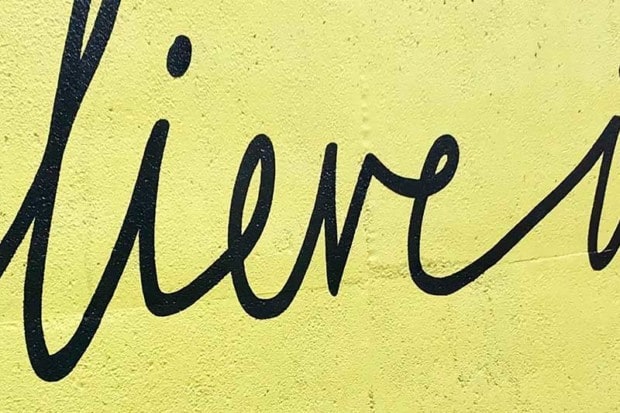 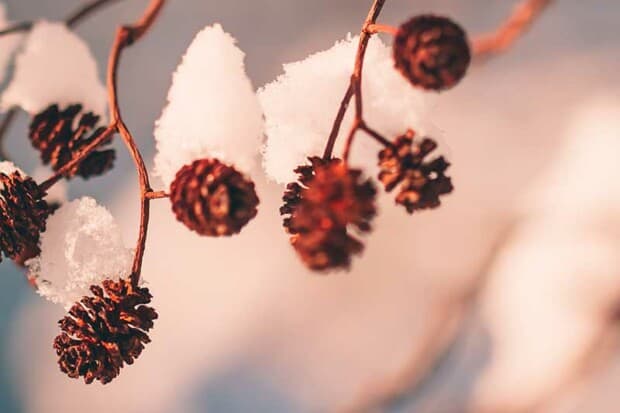 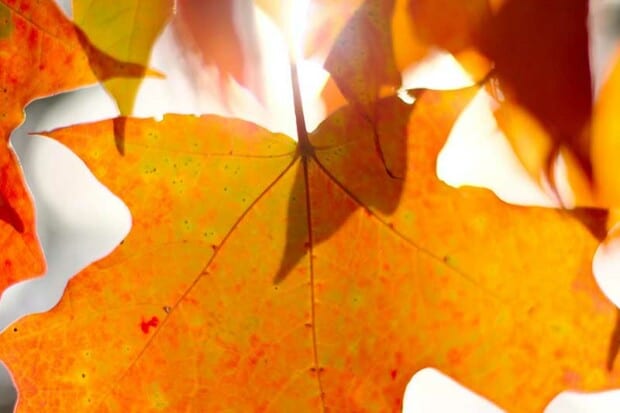 quotes
39 October Quotes to Fall In Love With This Autumn 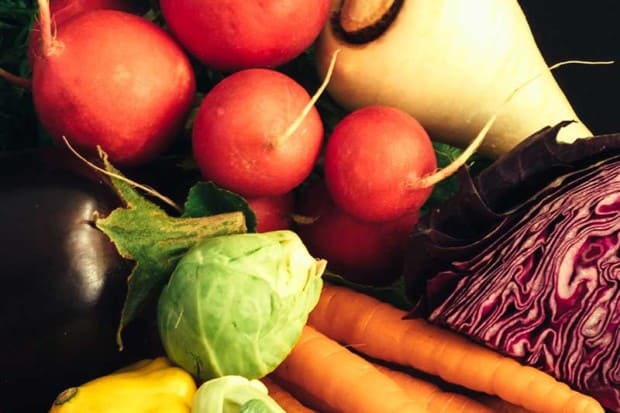 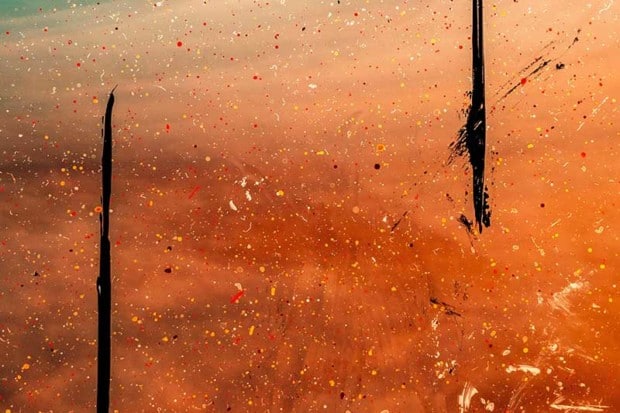