Homepage · Work & Skills · How To Build A Collaborative Culture

How To Build A Collaborative Culture

In this article, John Turley shares his insight into how to build a collaborative culture, one that connects people meaningfully, motivates, and encourages innovation. Culture is critical for any organisation, small or large, to drive change, He has also written about Innovative Cultures and what we can learn from them.

Increasing collaboration is the foundation of becoming a flatter, faster, more dynamic company better able to operate in an increasingly complex environment and compete in markets disrupted by new entrants who are often doing a better job of unlocking the power of new technology.

Yet for established companies, in particular, this is easier said than done, partly because “our prevailing system of management has destroyed our people”1, as Dr. W Edwards Deming said, and partly because of the approach we’re currently taking to increasing collaboration is inadequate.

Companies today have more powerful technology, more demanding, more mobile customers and employees, and more deeply integrated suppliers than ever before.  There are more highly interconnected moving parts in our organisations and the environments in which they operate. This is complexity & it has big implications for the way we structure and manage our companies.

In Complexity Rising3, Yaneer Bar-Yam, a renowned physicist and founding president of the New England Complexity Science Institute, says at times of increasing complexity “lateral interactions become much more important, boundaries between sub-systems within [any] organisation more fluid”.  In Dynamics of Complex Systems, he goes on to say:

“complexity of demands upon collective human systems have become larger than an individual human being the hierarchy is no longer able to impose the necessary correlations/coordination on individuals. Instead, interactions and mechanisms characteristic of networks in complex systems like the brain are necessary”.

Dynamic structures for an uncertain world

Traditional, hierarchical, bureaucratic management is designed for efficiency and assumes a high degree of certainty. Increasing complexity implies exactly the opposite so traditional management approaches struggle to cope.  The “prevailing system of management” that Deming spoke of deliberately suppresses collaboration. This status quo has roots in Adam Smith’s Wealth of Nations (1776), Taylorism of the early 20th century, and a variety of Systems Thinking largely imported from engineering in the mid 20th century.  This was a sensible, rational approach because collaboration has a cost.

In less complex organisations the cost exceeded the benefit.  In the pursuit of efficiency compliance with standards was the objective.  Western economies made huge leaps forward under this philosophy, lifting millions of people out of poverty.  In some modern organisations, sometimes, a traditional approach offers great benefits.

But in many parts of many organisations’ complexity has increased and people naturally start to collaborate in ways they hadn’t done before because the value of collaboration has also increased.  If adjustments aren’t made to accommodate this change a management approach designed to suppress collaboration does what it is designed to do, which can become destructive. But we don’t need to build a more collaborative culture.  Where complexity has increased, we need to stop suppressing people’s intrinsic motivation to be part of a creative team working towards a goal they cannot achieve on their own.

Networked organisations that enable greater collaboration are the answer.  Those established organisations that make the transition from a traditional to a collaborative culture have the potential to dominate their markets, even in the face of competition from new entrants like Amazon, Airbnb, and Uber.  Those that invest in technology to increase collaboration without changing culture risk losing control of their business as teams organise themselves into powerful networks that managers know little about whilst the competition takes market share.

Much of the current discourse around organisational agility offers ways to increase collaboration and goes something like this:

Leaders need to build trust, which they can do by increasing transparency and making themselves vulnerable so that we all learn it’s ok to make mistakes and we must take risks if we are to learn.  People will then begin to hold their peers accountable because they now understand that they & their employers share a more meaningful goal than simply making money. Invested in their new moral purpose, powered by greater accountability, self-organising, autonomous teams will be happier and more fulfilled, finding innovative ways to provide more value to customers.  Increasing profits will be a bi-product. Everyone wins. Or so the mantra goes.

This is all true.  Yet is there something missing?  If it was this easy wouldn’t collaboration on a grand scale already be happening?

The current discourse fails to account for the fact that the prevailing system of management has been designed to suppress collaboration.  Isn’t it naïve to think that any of us can simply make ourselves vulnerable and thereby earn the trust of others and collaboration will consequently emerge?  In some circumstances, with some people, talking about our mistakes, our worries or our fears will lead to mutual trust. In a one-to-one conversation, where each party can judge the response of the other this approach has, in my judgement, a good chance of being effective.  But in a group situation, the response may well be different.

Imagine that the group includes the one person you have already had this conversation with, who responded positively, but there are now five other people.  The company you work for appears to have a tendency to reward those that work long-hours and send emails on a Sunday, which you conclude because a high proportion of senior people display these characteristics, as far as you can see.  You lead a team and you value openness and consider yourself to be good at empathising with others, but you feel like this isn’t a skill that is valued at a more senior level. Does sharing the same mistakes, worries and fears seem like such a good idea now?  If you did do you feel confident that the person who responded positively in a one-on-one situation would respond in the same manner, or might they adopt the perspective of the others in the room and interpret your message differently?

What I have tried to do with this example, which although hypothetical is based on experience, is to highlight the shortcomings in the standard discourse about how to make organisations more collaborative.  What is missing is the recognition that we are not the just sum of our ideas, our experience, our skills, our thoughts, our opinions, and so on, but to a much greater degree, we are the sum of our interactions with those around us.  We are permanently engaged in what Ralph Stacey and Chris Mowles call a Complex Responsive Process2 in which culture both shapes our sense-making and emerges from the interactions with those around us in a dynamic, ever-changing process of local interactions.

Changing the culture involves changing the official ideology so that we can then have different conversations about better ways of working.  These changes are made by those with relative social power within the group. The dynamic boundaries of these ideologies are important. Tread to far outside them and one can be seen as irrelevant or worse, subversive.  Stay too far inside them and nothing changes. Those with social power can transition ideas from the shadow ideology to the official ideology, but it is difficult. An effective approach is to sense the environment, probing changes that are accepted by the group, and then responding according to what has been learnt.

To change the conversation, we need to bear in mind that the history of our organisations is very relevant because it shapes the ideology from which we draw some of our identity which is, in turn, a critical part of how we make sense of the environment around us as we construct our own narrative.  We need to use dialogue more, to explore each other’s mental models of the world around us to find one of the many good solutions to the problems we face together. Through honest, open dialogue with our peers transparency, trust, shared vision, and ideology will change. Collaboration will emerge. 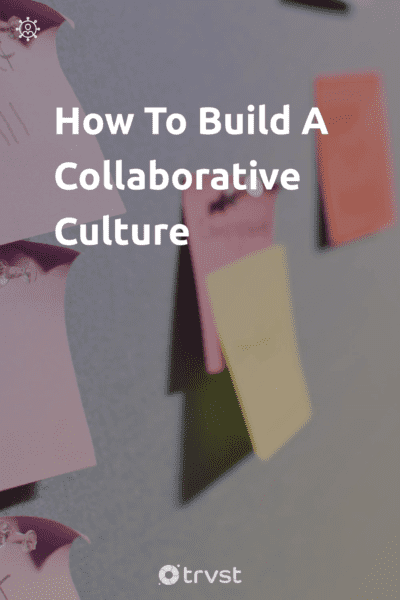 By John Turley
John is a pragmatic leader with 25 years' experience working in companies at all levels, from teams to c-suite, bringing real, value-adding change to the way organisations really work.  Dissatisfied with the standard discourse around transformation and agility he is passionate about applying cutting-edge knowledge from fields as diverse as complexity, sociology and psychology in […]

inspiration
What Are Soft Skills? & Why We Need Soft Skills For The Future of Work 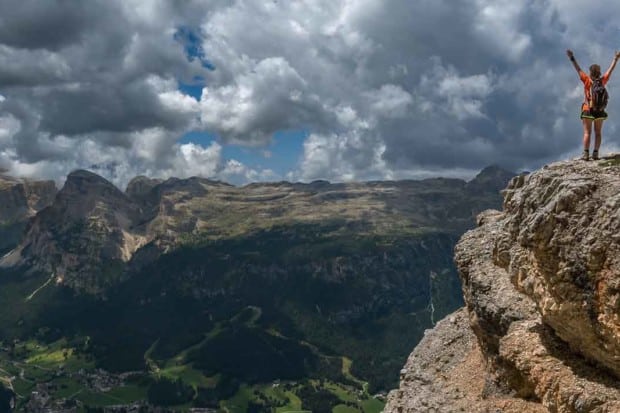 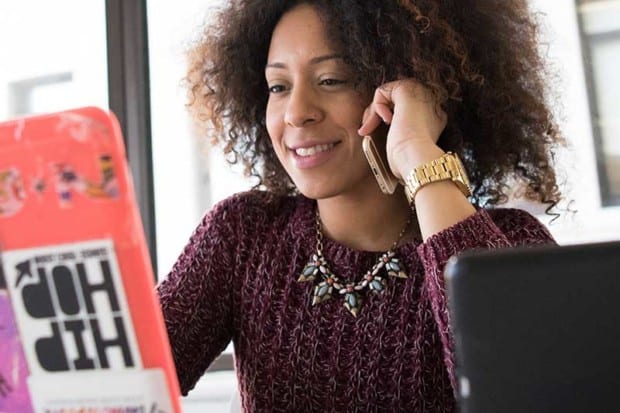 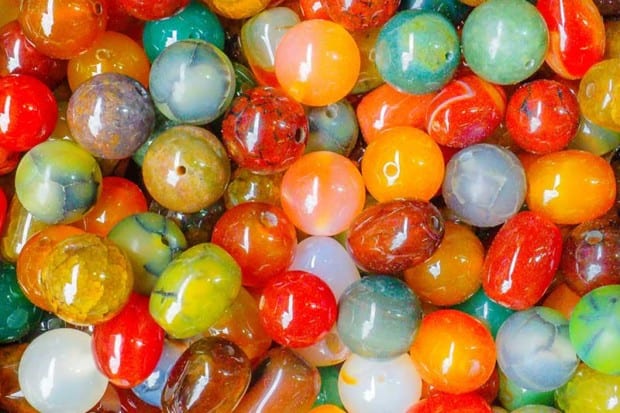 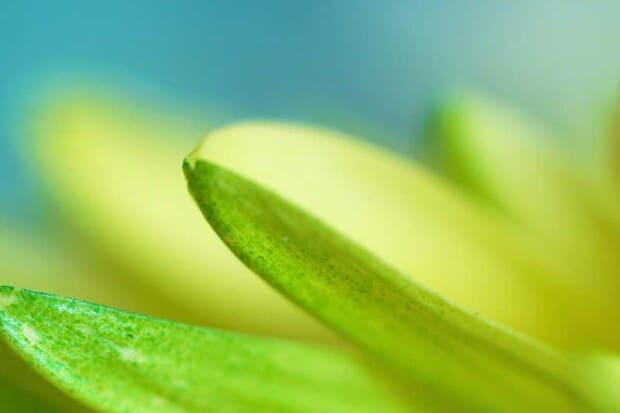 quotes
50 Focus Quotes to Guide and Improve Your Attention