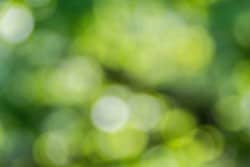 How Green is Green Energy?

Fossil fuels have powered us for many decades. As we all know, they are not particularly kind to the environment. Our reliance on fossil fuel is changing as we seek to reverse the damage caused to the environment. Following decades of Co2 emissions entering the atmosphere, there have been changes to weather patterns. As well as changes to the behaviours of wildlife and problems with our health. This has all resulted in an uptake in green energy. So we ask the question, how green is green energy really?

We've mostly relied on polluting fossil fuels since the industrial revolution. However, times are changing. We need to now act to mitigate their damaging impact on the environment. Clean, green energy has according to the Financial Times (June 3rd 2019) now reached a watershed moment. The head of Europe's largest power utility, Enel, is quoted as saying "The European energy sector has reached a “watershed” where cheaper, clean energy will destroy the economic viability of coal production within a decade" Photo Credit Diana Parkhouse on Unsplash

Green energy is undoubtedly a cleaner form of energy. As technology has developed, the ability to implement green energy on a wider scale has improved. We can now rely on green energy that comes from the likes of wind, solar and hydro. Despite this, do these alternatives offer a renewable source that really is as good for the environment as scientists suggest?

So, is green energy better for us and the environment?

Why Green Energy Really is Green

It is Completely Renewable

First of all, green energy is a type of renewable energy which means that it will never run out. Whether that is wind, solar, hydro or many of the other green energy sources, we know that there is an unlimited supply. Solar farms are becoming a common sign in the UK1 and even homeowners have the chance to make use of feed in energy tariffs (contributing energy generated at home from solar and the likes back to the grid).

Energy suppliers are now beginning to recognise the importance of making the switch to green energy. The push to increase electricity generation using a renewable energy supply is being further driven by huge government targets7. In time, we will experience the phase-out of traditional energy sources and a reduction in the damage to the environment.

Generating energy using old-fashioned techniques creates a lot of gases that are harmful to the environment contributing to climate change. In contrast, green energy does not present this problem. As long as the wind continues to blow and the sun continues to shine, it will be possible to generate energy with little or no harmful by-products. The same can be said for many other forms of green energy. The aim of green energy is to eventually provide a usable and scalable solution to traditional energy sources. Lower carbon generating electricity is also better for our health2 and that in itself is a significant positive for lowering emissions. In 2016 alone, 4.2 million deaths worldwide were attributed to air pollution6.

In the generation of energy through wind turbines or solar, the source of energy is free and in abundance, which makes it far less damaging. In comparison to older methods of generating energy, the machinery and techniques are efficient, effective and require very few moving parts.

There are little running costs and fewer requirements for manpower to keep the machinery running. Traditional methods would rely on machinery to constantly run which would require power. As a result, it would cause further harmful emissions to be emitted as a result. Effectively, green energy is far greener from the source right through the entire process to the generation of energy.

Any energy company that offers green energy will benefit from reduced maintenance requirements. For the environment, this means that facilities are more than likely to run with less equipment. Technological advancements have lead to improvements in renewable energy systems. Therefore, the systems are far less likely to face the same problems as traditional equipment. While the energy is cleaner, there is a reduction in maintenance, which means that there is a reduction in harmful by-products.

Traditional energy sources and the systems used to generate the energy would often require new parts. Therefore, manufacturing, delivery and installation would all contribute to the environmental cost of generating traditional energy. One small exception to this could be off-shore wind farms due to the location, although there is a belief that in the long-run they will become cost efficient from a maintenance perspective.

Once the wind farms and solar farms have been installed, they can begin generating energy. These stand-alone farms are a lower risk as the raw materials are always present (weather accepted) unlike coal, gas or nuclear than not only rely on imported materials for electricity generation but also a non-sustainable source. Often, green energy requires less on-site management and that enhances its 'Green' credibility. With an abundance of wind on land and out at sea, it provides endless possibilities and with risks almost completely mitigated5, they are both feasible alternatives to fossil fuel generation.

According to the International Energy Agency, Green Energy or renewables will have the fastest growth in the electricity sector. It's forecast that 30% of our energy needs will be met by green energy by 2023. This can't happen fast enough to mitigate the damaging environmental impact of burning coal and other polluting forms of fossil fuel and nuclear power generation. Photo Credit: Thomas Richter on UnSplash

Why Green Energy Might Not be as Green as We Think

Impact on the Landscape

There are many ways to interpret the meaning of 'green' in relation to green energy. Does it relate to the harmful impact of gases alone? Or does it relate to the impact on the landscape? If this is the case, then many might not consider it as green as they once thought. Further. if green energy is to become mainstream, then large geographical areas are going to have to be cleared to make way for the likes of solar farms and wind farms3.

To do so might involve clearing trees, grassland and other forms of land. We know trees play a vital role in removing Co2 from the atmosphere. Despite this, if trees have to be cut to make way for new farms, then it could be counterproductive. Clearly, there are consequences that could come with installing solar farms or wind farms.

Meanwhile, there's a small number of innovators proving that through art green energy can actually be attractive. And at the same time helping increase awareness of the advantages of renewable green energy.

The production of wind farms, solar farms and even hydro farms all have an impact on the environment. Of course, they all require materials. And they all have to go through a specific manufacturing process.

There is also the transportation, delivery and installation to consider.

Harmful gases are emitted into the atmosphere at every stage of the process. Whether this at the manufacturing stage or during delivery, the environment experiences some form of damage. Therefore, the entire process is not carbon neutral. So, some might say that these technologies have to make up some ground before they become completely carbon neutral.

So, green energy is a game-changer. The generation of cleaner energy that releases a fraction of harmful emissions in comparison to that of other forms of energy is progress.

Needless to say, there are many benefits to using renewable energy. However, there is still a lot of work to be done. The technology is evolving, which means that the energy will become even greener4.

Despite this, the process of manufacturing green energy technology still relies on damaging energy sources. Regardless, the progress is impressive and it can only get better.

As time goes on, every aspect of the process will improve and will hopefully lead to a true ‘carbon neutral’ process from start to finish whilst serving our energy needs from the different types of sustainable renewable energy. And that will be better for the environment and our planet.

Tweet
Pin
Share
Share
WhatsApp
Pocket
Email
Featured in Renewable Energy
Advantages and Disadvantages of Solar Energy
Of all the renewable energy sources which currently exist, only solar exceeds any likely future demand. As long as the sun continues to burn, we can tap energy from it without depleting the source. Therefore, we cannot ignore the sun’s contribution to our energy needs. But like all things, there are advantages and disadvantages of […]
Advantages & Disadvantages of Tidal Energy
Much of the energy we use today comes from non-renewable sources. Ultimately, this means that in time, these sources will run out. Along with this, much of this energy plays a significant role in polluting the planet by emitting greenhouse gases. Therefore, we need alternative sources of energy. Therefore, we should consider the advantages & […]
17 Ways to Save Electricity at Home
Fossil fueled power generation is one of the largest contributors to CO2. Saving electricity at home can help the environment and save you money. Here's 17 ways to save electricity at home.
Sign Up for Updates
SIGN UP
Sign Up For Occasional Updates
You Might Also Like
10 Biggest Hydropower Plants in the World
Renewable energy is the future and hydropower plants are its biggest global suppliers. Hydropower, in the right locations, is a sustainable way to cut our reliance on fossil fuels. This source now accounts for 54% of the world’s renewable energy supply. Let's take a close look at the 10 biggest hydropower plants in the world, along […]
A Brief History of Solar Energy
Modern solar energy is something that many of us are now familiar with. Energy companies, homeowners and businesses are increasingly harnessing the power of the sun to produce electricity using solar power. Despite this, many people might not realise that the history of solar power dates back many centuries. In fact, the use of solar […]
A Brief History of Tidal Energy
The history of tidal energy is one that goes further back in time than many of us might realise. The truth is, we have long understood the power of flowing water. Despite this, we still need to work out how to harness this power on a vast scale. A scale perhaps, that is large enough […]
Crowdfunding Renewable Energy
The need to find an alternative source of energy is more important than ever before. This has resulted in groups and communities turning to crowdfunding renewable energy. And in doing so often taking financing into their own hands with the backing of a crowd of supportive contributors.
Renewable Energy Battery Storage: Is It The Future?
Renewable energy battery storage is vital when it comes to reducing carbon emissions. Our imperative is to create a sustainable energy landscape. To do so requires the energy market and technology to move forward as one. Therefore, this renewable generation has to see the introduction of energy battery storage technologies.