Solar energy is changing the way in which we look at how we source the energy we need. Given how fast technology has marched on in line with our search for cleaner energy, let's take a look at the different types of solar energy available.

Traditionally, our electricity comes via the grid whereby we generate it by burning coal or natural gas. Despite this, our reliance on electricity generated from fossil fuels cannot continue. Thankfully, our quest to go green is helping us in our journey to find less polluting alternatives1.

Solar energy is a type of renewable energy that is better for the environment, so what is there to not love about it? Of course, like any technology, solar comes with its own pros and cons. Whether it is commercial systems or residential systems2, the various types of solar demonstrate the range of benefits we can expect from renewable energy.

What are the Different Types of Solar Energy?

The history of solar photovoltaics dates back to around the 1830s when the photovoltaic effect was discovered. Later, in 1954, Bell Laboratories in the US built the first solar PV panel.

To gain an understanding of this type of solar energy, it helps to think of the solar panel on a calculator. Solar panels work by turning direct sunlight into electricity.

Photovoltaic solar systems are one of the most popular types of solar power systems available. Typically a number of solar cells make up a photovoltaic panel, producing a direct current that converters turn into alternating current.  A group of solar PV panels connected with the required kit to turn sunlight into electrical energy is known as a solar cell system.

Today we can see some of the largest countries in the world, including China, the United States, and the European Union rolling out large-scale solar farms to increase solar capacity.  As of 2018, these countries had a total solar capacity of 175,018MW, 62,200MW, and 115,234MW respectively. Meanwhile, developing countries are moving to seek freely available energy harvested from solar radiation as populations expand.

In 2018, Asia was striding ahead in terms of solar panel installations4. The region made up 75% of global solar power installations, proving that PV panels generating power from sunlight look to be one of the most popular forms of solar energy.

Domestically, the price of installing photovoltaic solar power cells has dropped dramatically as a result of government incentives and rebates. As a result, busting the expense myth,  more and more homes now benefit from clean usable energy derived from the sun.

As far as efficiency goes, a photovoltaic solar panel system will produce around 200kWh under normal test conditions. This is based on a solar panel that has an efficiency of 20% and an area of 1m2.

As the technology has advanced, thin film solar cells have become more versatile, and thinner. As a result, we can now see solar energy technology used for roof tiles and in other more innovative applications such as building exteriors.

Today, concentrated solar power, or CSP, is normally found in large-scale installations that provide electricity to the grid.

Concentrated solar has an interesting history that many believe dates back to Archimedes and his burning glass. This form of energy uses mirrors and lenses to concentrate a large area of sunlight onto a receiver.

It was in 1866 that a parabolic trough was used to produce steam making it possible to power the first solar steam engine. However, Alessandro Battaglia obtained the first patent in 1886, and in 1929, Dr. R.H. Goddard created a solar power system using a mirror dish6.

As it currently stands, there are four types of concentrated solar technologies that exist. These are the parabolic trough, dish, concentrating linear Fresnel reflector, and solar power tower.

The first system was deployed in 1984 and by the end of that year, the number of systems had reached 14. By 2019, installations globally had reached a total of 6,451. Modern installations use thousands of mirrors, concentrating the sun's energy into a small area that gets very hot. The heat then drives a steam turbine to generate electricity.

This form of solar energy best suits those countries that see extremely high levels of sunshine. Therefore, it is no surprise that Spain has the largest capacity of 2,300MW while the US and South Africa follow close behind with 1,738MW and 400MW.

Concentrated solar power is not quite as popular for large-scale applications as using photovoltaic or PV panels, however, they do have a conversion efficiency of as much as 25% to 35%.

Water heating solar energy began with black paint painted onto tanks and used to heat water. As the black paint absorbed the heat from the sun, it would heat up the water inside it. As primitive as this may seem, it shows that we understood the power of solar from early on.

The very first thermal solar power plant was located in Maadi, Egypt. However, it wasn’t until the 1920s that flat plate collectors were used for solar water heating in Florida and Southern California5.

We commonly see this form of solar energy in domestic, commercial, and industrial situations. Using the technology that we have available, a working fluid is heated up using a sun-facing collector. This will then pass into a storage system where we can heat water surrounding pipes containing the working fluid.

To power our electricity grids, the capacity for water heating solar as of 2017 was 472GW. China, the US, and Turkey are leading the way with regard to adoption. However, based per capita, the likes of Barbados, Austria, and Cyprus are dominating the market.

The heat that this system generates is proportionate to the amount of heat from the sun. Therefore, those countries that have warmer, sunnier climates are more likely to benefit from this type of solar energy. This feeds into the efficiency of such systems. Therefore, in areas where the temperatures are higher, water heating can be extremely cost-efficient. As a result, the payback times are shorter when it comes to installing solar in sunnier climates.

Running a heating system to keep a pool warm is an expensive process. Maintaining the water temperature is an ongoing cost that can be reduced by using the solar energy derived from the sun.

The history of commercial solar water heating dates back to 1891. Within five years of this, the technology was used to heat swimming pools throughout Pasadena, California. Florida was the next state to follow but there were copper shortages as a result of World War II. Along with this, electricity was taking over. At the time, the solar water industry paid the price.

Despite this knockback, around 50 years later, it became mainstream again. The driver for this was an increase in fuel prices and the OPEC oil embargo. However, today, we are now seeking new and innovative ways to reduce our use of fossil fuels and electricity while trying to improve the outlook for our planet.

So, consumer demand has seen solar pool heating explode in popularity. This works much in the same way as water heating solar energy. Photovoltaic panels or panels containing heat conductors capture the heat from sunlight and turn it into energy and in turn hot water.

These systems traditionally consist of four components. These are the solar collector, pump, valve, and the filter. The water passes through the filter and then to the solar collectors or panels which are the energy source. Here the heat will warm the water before pumping hot water back into the pool.

Aside from the initial installation costs, these systems are a great way of enhancing efficiency. They reduce costs and use the heat of the sun to warm up the water, all of this reduces the need for grid-derived electric power.

Thermal solar energy, or solar thermal technology, utilizes the heat from the sun to collect solar energy. To heat water or produce electricity, liquid flows through tubes and collects the sun's energy.

Thermal energy, as we know it today, started life back in 1890. In the beginning, this form of energy powered a steam engine. Slightly later, one of the main pioneers of solar thermal technologies was William Bailey. In 1909, he invented a thermosyphon system. This meant that he had access to hot water throughout the day, which he achieved using a water tank with a collector positioned below it.

One of the problems faced by this type of solar energy was the transportation of heat from the sun. Scientists and inventors tried many fluids, including oil and sodium, but molten salt proved the best option3. This is ideal given that it is cost-effective and works perfectly with the steam turbines we use today.

In comparison to solar PV, thermal solar energy is more space-efficient. Solar thermal can offer as much as 70% more energy efficiency when it comes to collecting heat. Along with this, the technology is far less complex, which makes it ideal for heating up water.

The largest solar thermal power station is located in Morocco and has a capacity of 510MW while the US and Spain both have several large projects. Due to the way in which solar thermal systems work, they can reach an extremely high temperature. As an example, the solar Furnace at Odeillo in the French Pyrenees can reach temperatures of as much as 3,500 degrees.

Towards A Cleaner Energy Future

Types of solar energy take many different forms and that is a real positive in an adaptability sense. Because there are several types of systems that can be deployed to suit certain circumstances. Ranging from PV panels and curved mirrors to generate electricity to systems that are ideal for heating hot water and pools. The variety of solar systems and technology including solar cells, passive solar, and solar panels could help us to take a step away from our reliance on traditional methods.

In most cases, solar has a significant history that might surprise many. Today, solar is now evolving faster and becoming more mainstream as environmental concerns and efficiencies increase and costs come down. Especially given many of the technologies are over 100 years old.

In the future, we're likely to see more and more solar panels on roofs and solar power plants dotted across our landscapes. There’s little doubt as we pursue cleaner energy sources that the different types of solar energy we know about today, and perhaps some yet to be invented, will be at the forefront of the clean green solar energy revolution we’re seeking. 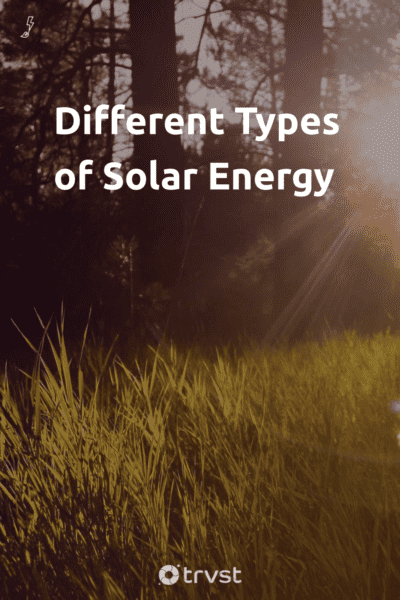 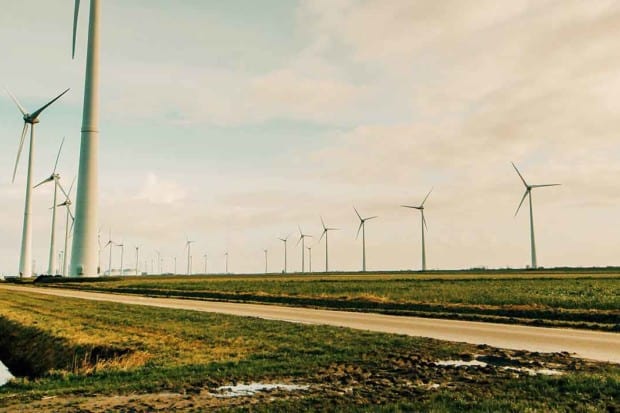 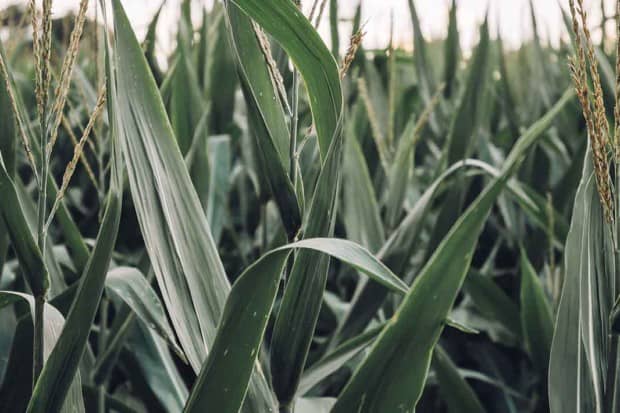 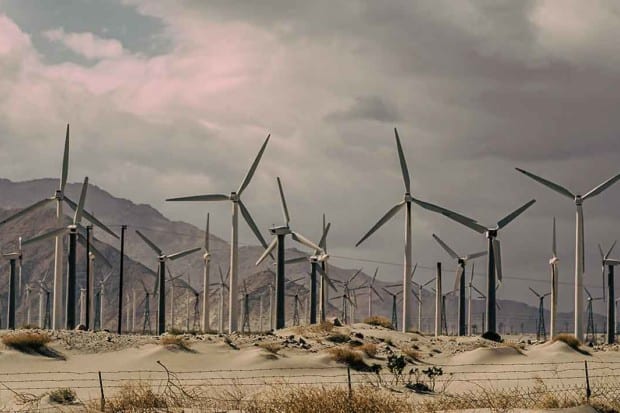 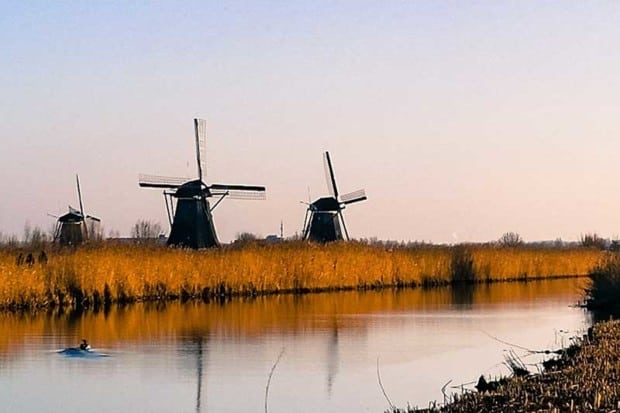 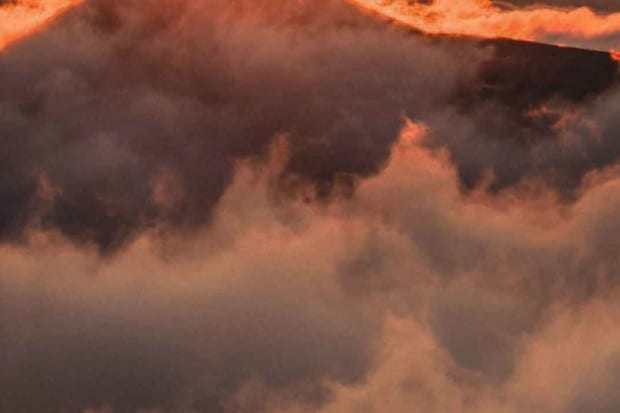 inspiration
Is the EU solarizing its digitized economy sans an environmental tax policy? 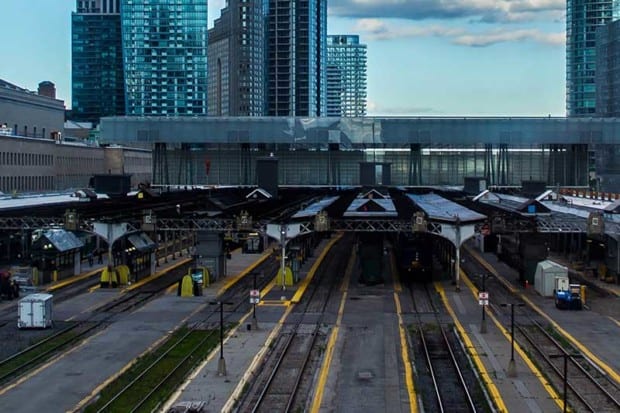