Every day hundreds of people are forcefully driven out of their homes due to conflicts, war, or natural disasters. The UN Refugee Agency UNHCR reports that globally, an estimated 70.8 million people are currently homeless. More than 30% (25.9 million) of that staggering figure are refugees, half of whom are under the age of 18. Our selection of refugee quotes talks about this modern-day crisis.

The increasing number of conflicts and restrictions have denied thousands of migrants, refugees, and asylum seekers basic rights such as education, health care, credit facilities, food, water, and so much more. This is not only distressing for these individuals but also affects their chances of being reintegrated into the society they were formerly a part of, for fear of being hurt.

Below are some of the most heartfelt quotes on refugees, migrants, and asylum seekers, that expose their plights and why it is important to change how we feel towards them. 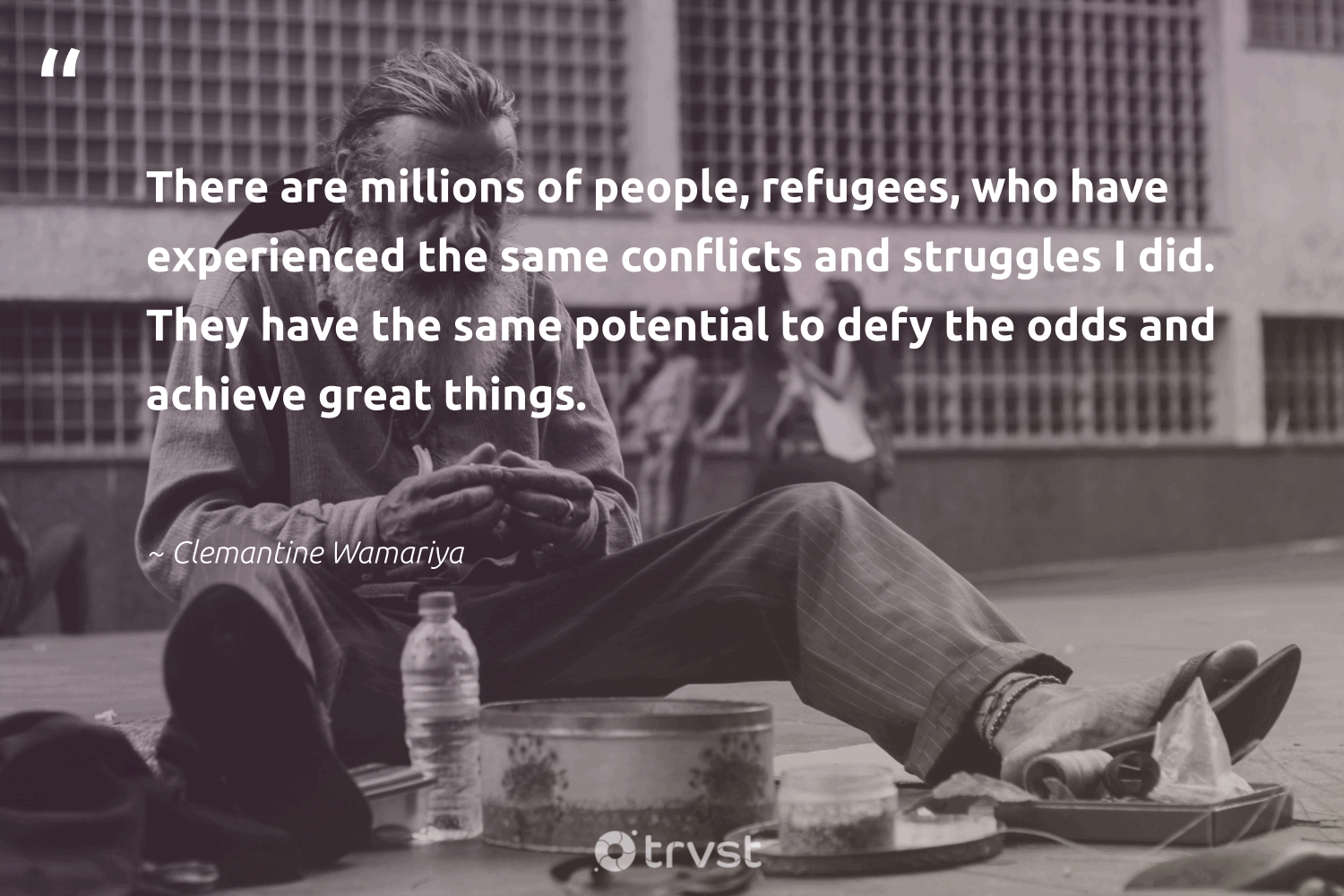 Clemantine Wamariya is a Rwandan-American activist, public speaker, and author. Wamariya primarily gives talks related to humanitarian aid on TED and the Oprah Winfrey show, following her disturbing experience during the Rwanda genocide as a Tutsi.

Conflicts create fear. And fear limits our potential. It steals our faith and robs us of every chance we have to be our best selves. However, Wamariya sees plenty of untapped potential in refugees. Having experienced these things herself, she believes every refugee has a great person in them who is waiting for an opportunity. 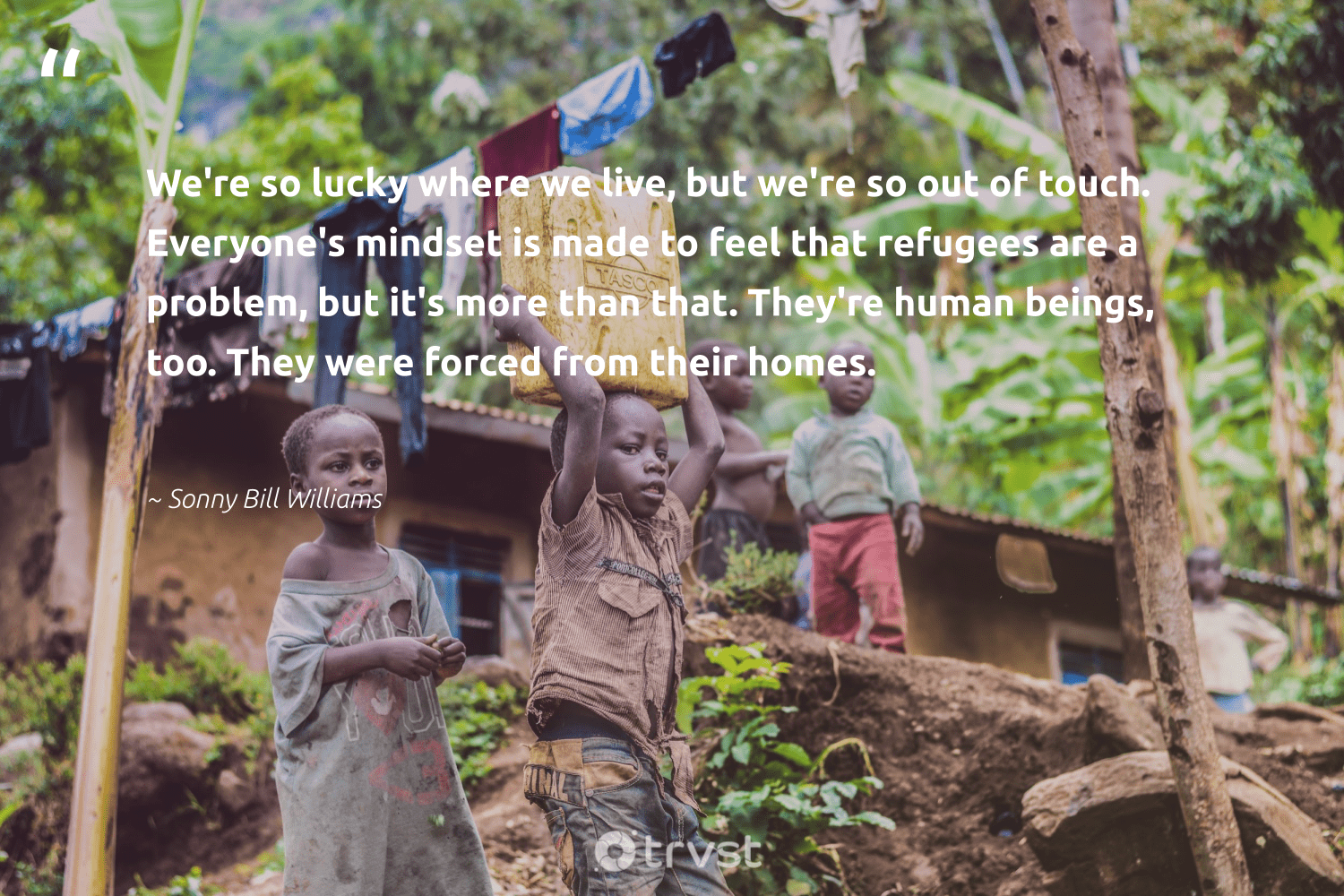 Every day, conflict forces thousands to flee their homes. And these people are tired of fleeing. Tired of rejection because many see them as "no good". Williams’ refugee quote is a plea for compassion on the part of the society because these refugees could be any of us. Which is why they need our protection. They need our acceptance and support to regain any sort of normalcy in their lives. 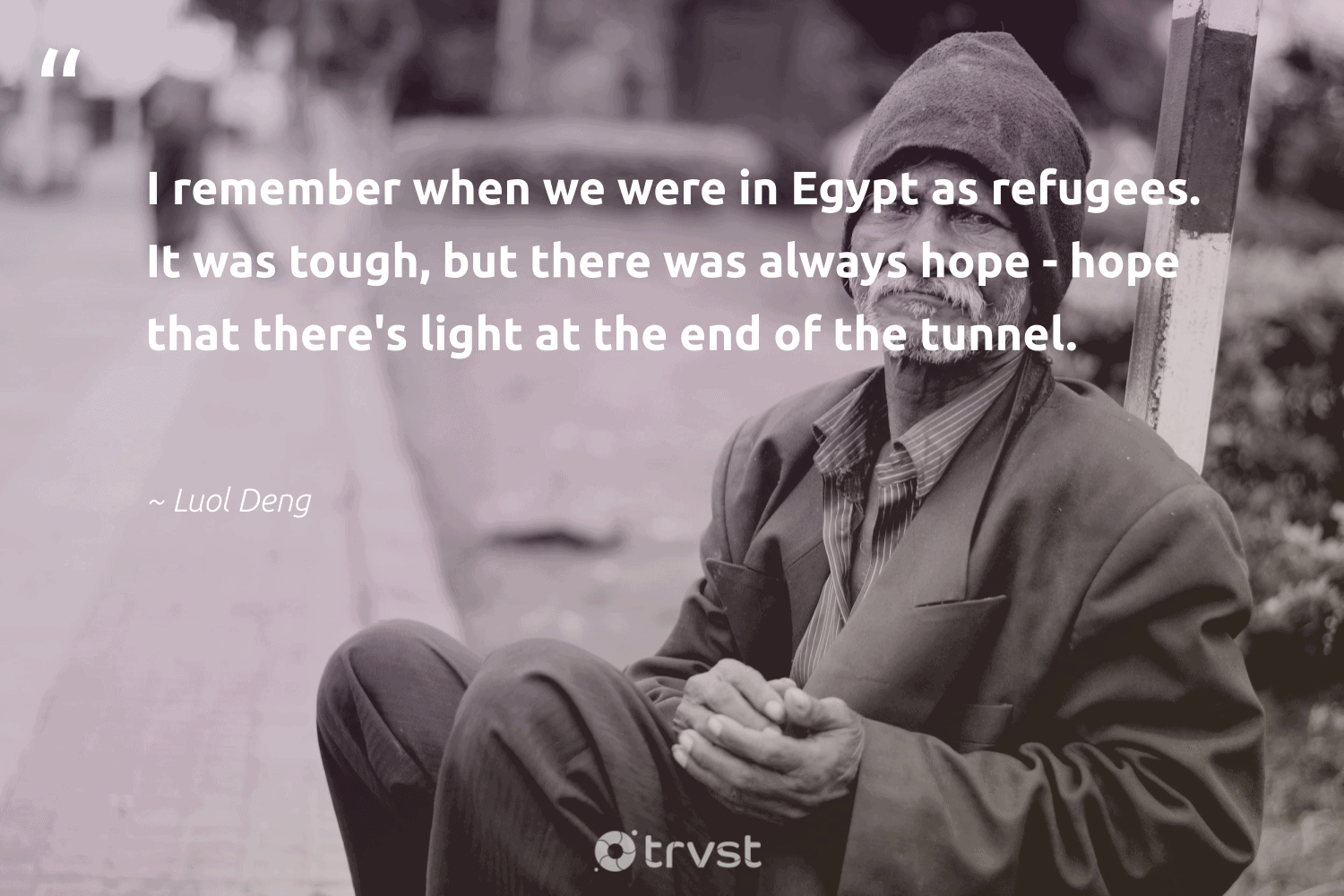 Luol Deng is a South Sudanese-British former professional basketball player. He was a two-time NBA All-star. Deng is a huge supporter and sponsor of numerous charities. We can credit him for his efforts on behalf of Lost Boys of Sudan and other refugees and is a spokesperson for the World Food Programme.

The life of a refugee is tough. Deng shared that having hope, hope that a better future awaits, made it just that little bit more bearable. Deng's optimistic refugee quote is an assurance that every difficulty we endure brings us closer to a better path. 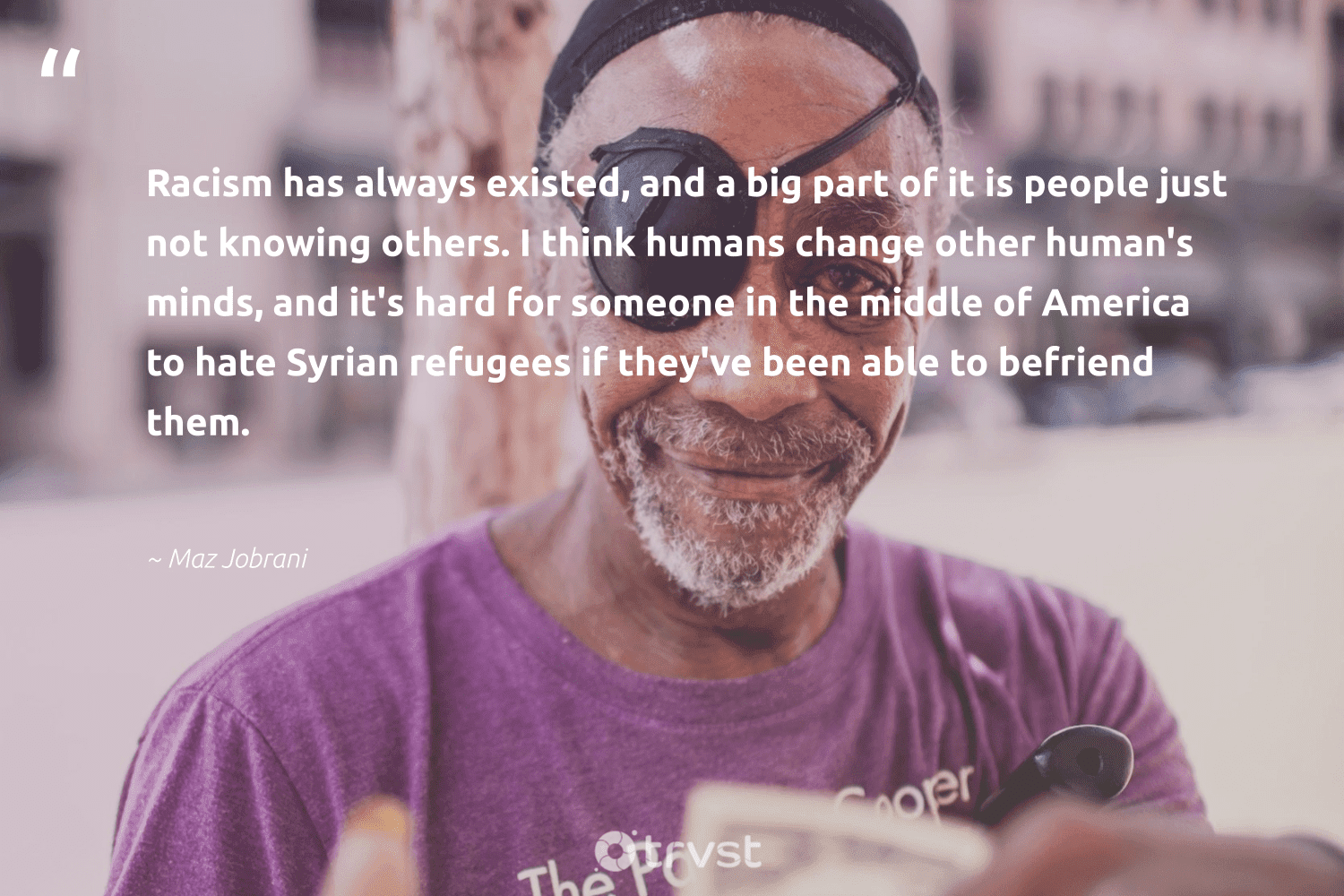 Maziyar Jobrani is an Iranian-American comedian and actor, who is a member of the Axis of Evil group. Jobrani is popular for his jokes which he uses to raise awareness about racism.

Saying some people are superior to others because of their skin color is blatant ignorance, according to Jobrani. Jobrani believes racists and people who feel prejudiced against refugees remain in a bubble because they haven’t interacted properly with other groups. 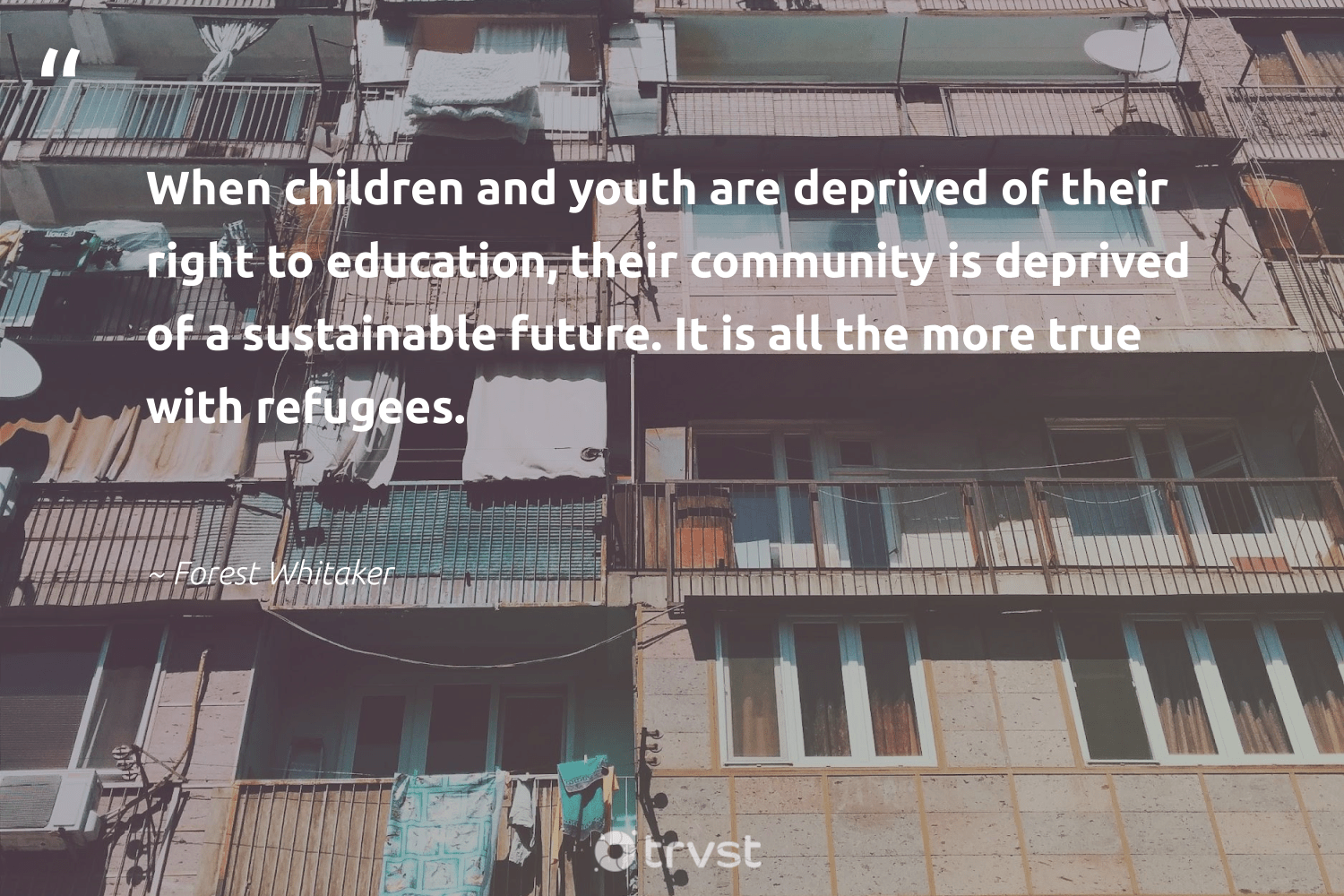 Forest Steven Whitaker is an American actor, director, and producer, who's famous for his work and contributions to The Last King of Scotland; and Ghost Dog: The Way of the Samurai (amazon). Whitaker is a UNESCO Goodwill Ambassador for peace and reconciliation, an advocate of peacebuilding, and a supporter of young victims of civil wars.

It's not enough to keep refugees sheltered, according to Whitaker. Refugee children should enjoy benefits, such as education, like every other child in the world, should. This is especially important, as it ensures a better future for the community at large. 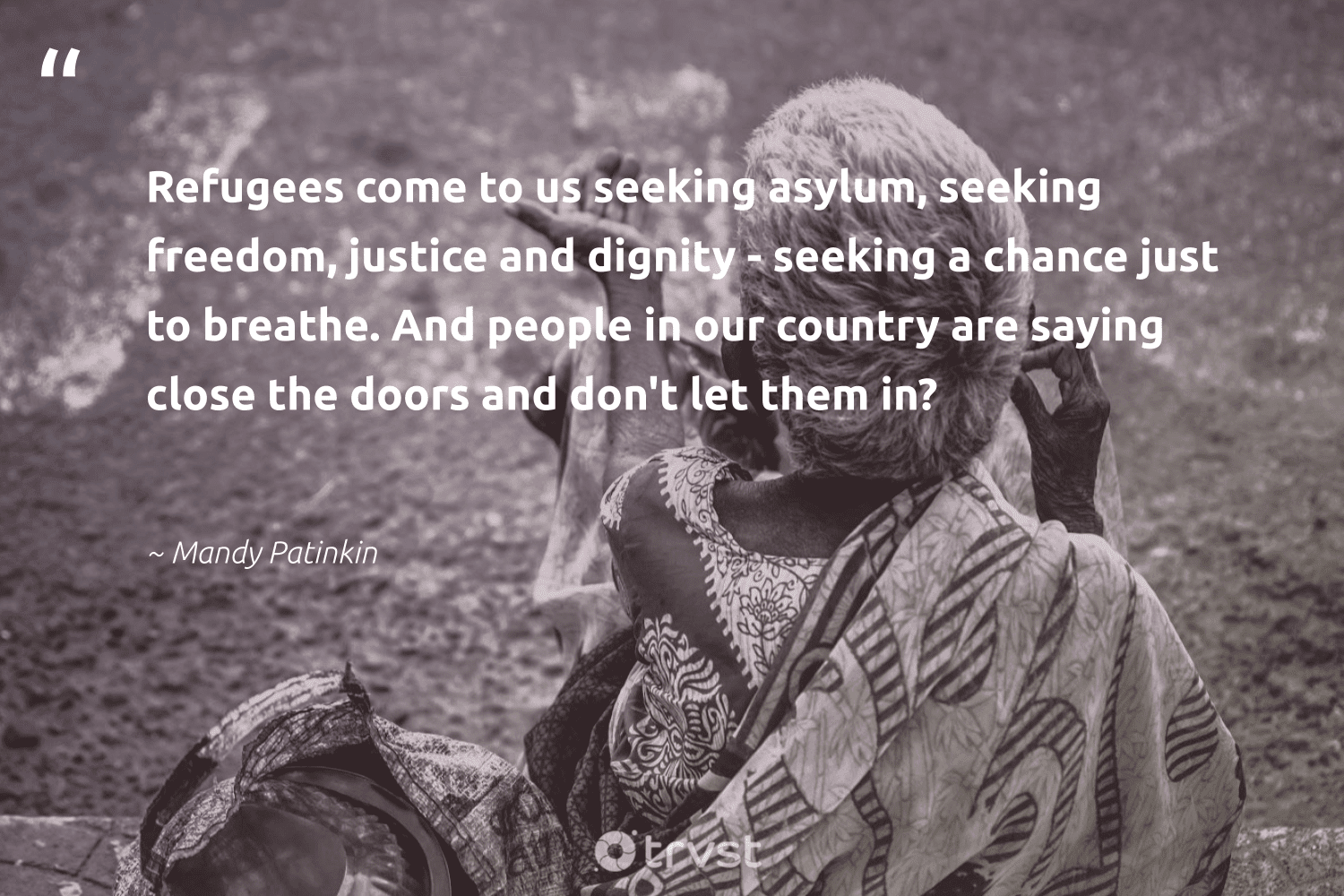 Mandel Bruce Patinkin is an American actor and singer, famous for his portrayal of Inigo Montoya in Rob Reiner's 1987 film The Princess Bride (amazon). Patinkin is a strong advocate of freedom, justice, dignity, and quality of human life. He helped provide aid to refugees in Greece from war-torn Syria.

Often, we hear people say things like refugees will “steal our jobs” and may “rob our children of what is rightfully theirs”.They may even “overload the health system”. Yes, these refugees would use resources that would normally go to the locals alone. But it is important to remember to be empathetic. The only difference between you and a refugee is that you were born in a different place. If you had their fate, wouldn’t you want someone to help you? The least any responsible society (with the means) can do is to let refugees in. 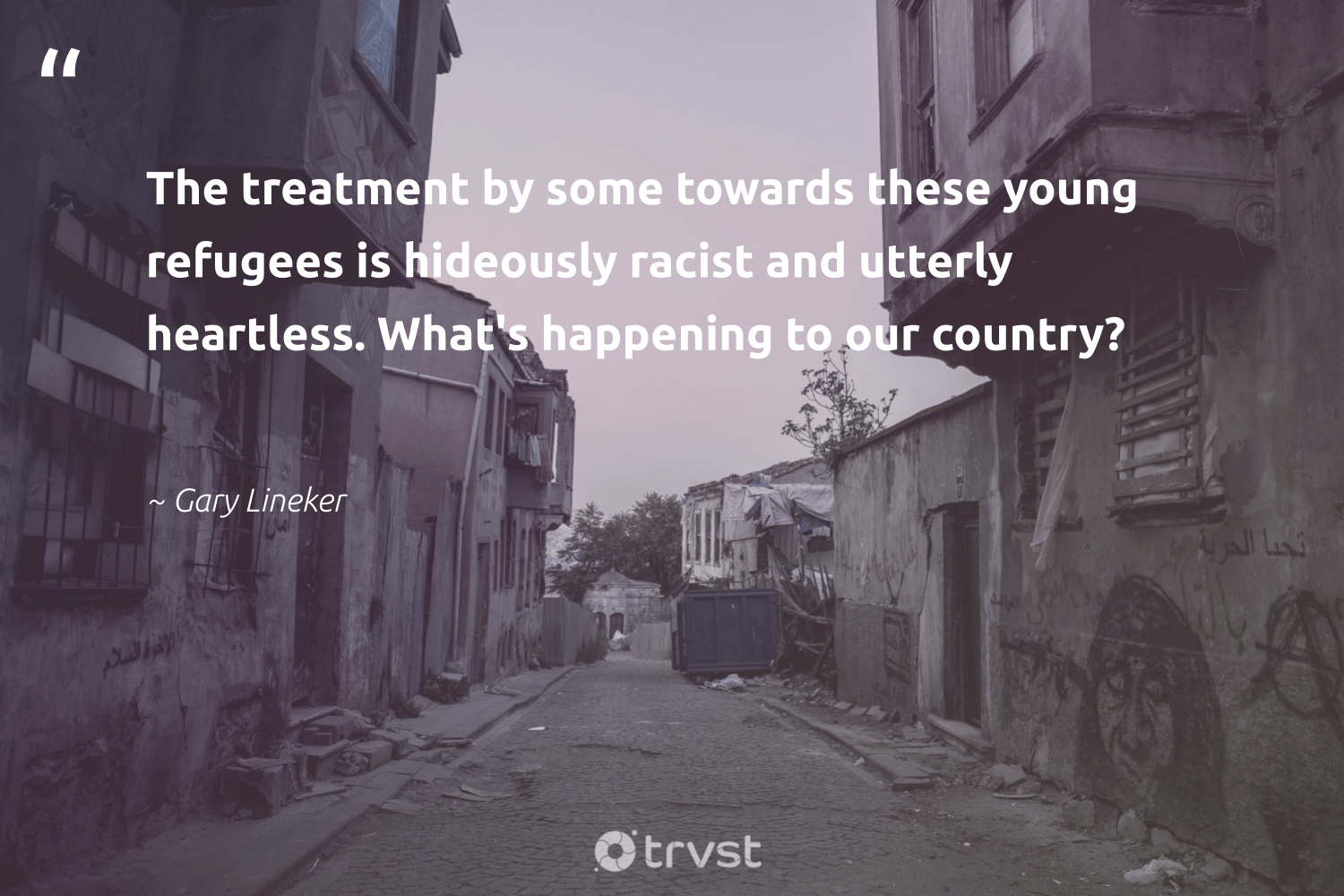 Gary Lineker is an English former professional footballer and current sports broadcaster. Many tout him as one of the greatest English strikers. Lineker is a supporter of cancer charities and an advocate for teaching foreign languages in schools.

Refugees and migrants have been through a lot. Some have experienced terrible disasters. Others, inflicting wars and conflicts. Lineker's quote is a reminder we shouldn't use their dreadful experience as a social and political tool to exploit their vulnerability by being racist, biased and unkind. Rather, we should help them integrate into society so they can start to rebuild their lives. 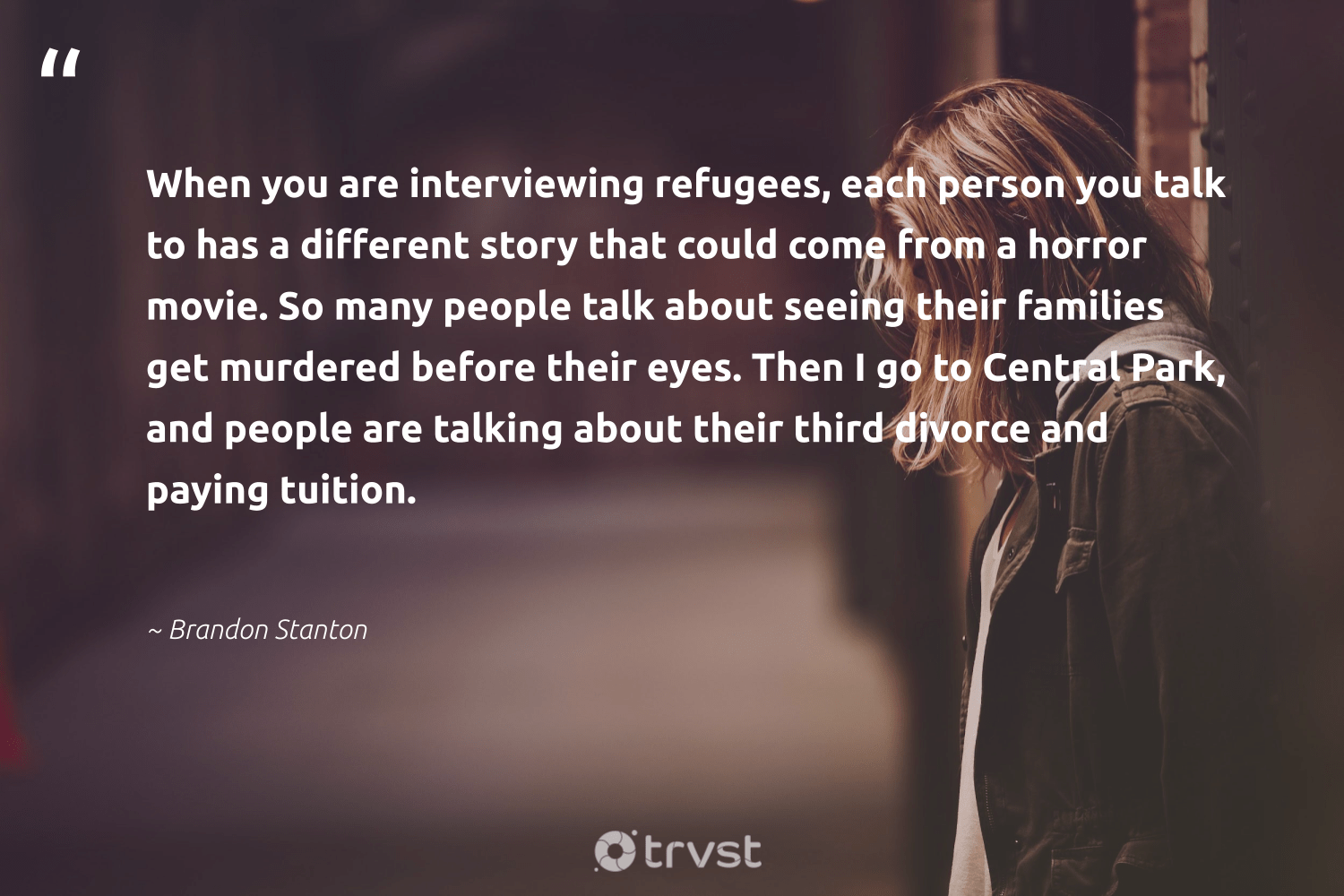 Brandon Stanton is an American author, blogger, and photographer. He is the author of Humans of New York (amazon), a photoblog and book. Stanton is strongly against racism and also crowdfunded $2.3 million to end bonded labor in Pakistan. He also created a fundraiser that generated over $3.8 million for pediatric cancer research.

Our privileges are not obvious until we encounter people who do not have them. While our problems are valid, we must remember to approach the world with empathy and do what we can to help others. We shouldn’t overlook migrants and asylum seekers, because they need all the help they can get. 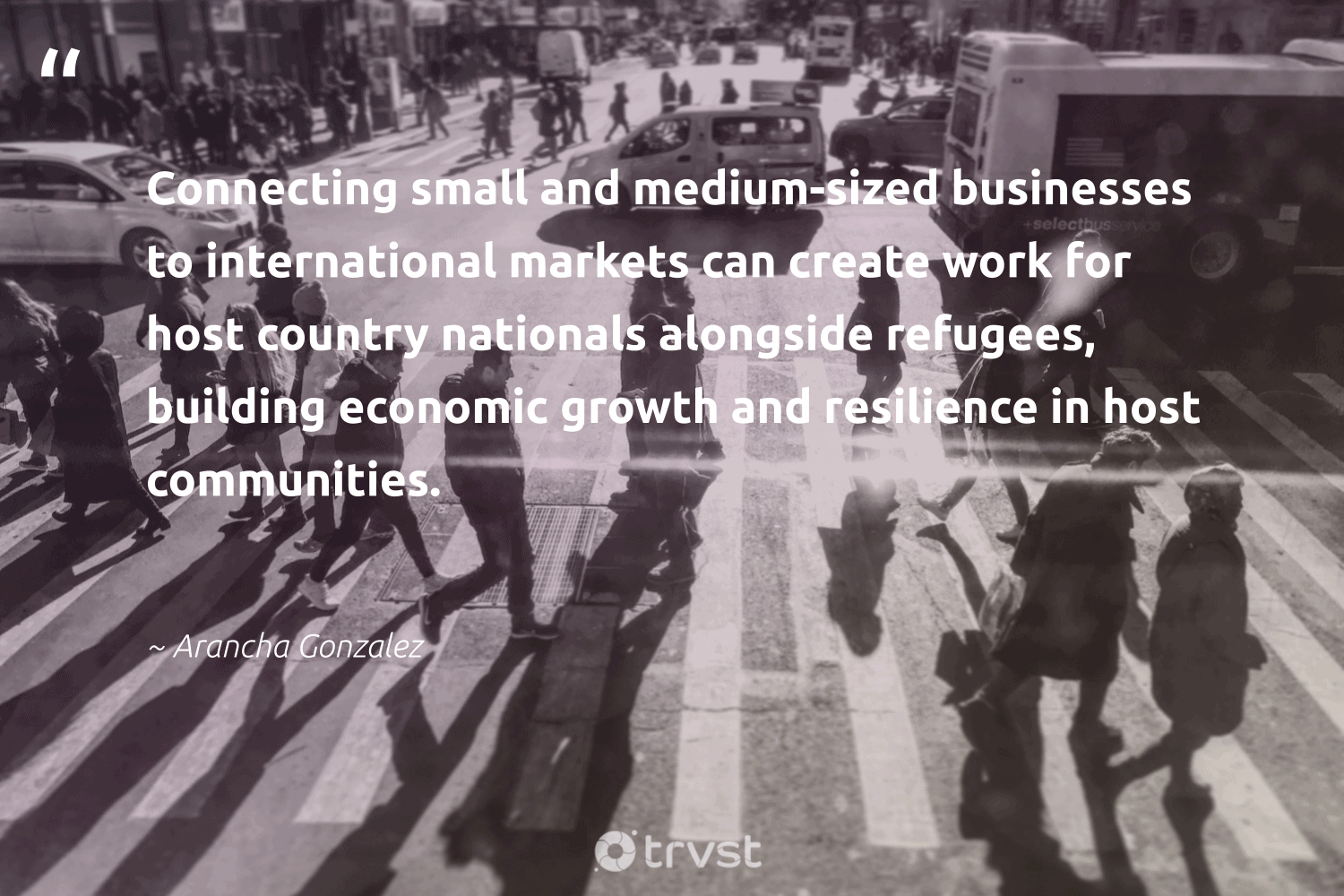 Maria Aranzazu "Arancha" Gonzalez is a Spanish lawyer and former assistant Secretary-General of the United Nations and the Executive Director of the International Trade Centre. Gonzalez is an advocate of equality and a supporter of global efforts that empower women economically.

The government creates jobs because jobs sustain economic growth and increase productivity. However, according to Gonzalez, the focus should expand beyond creating jobs for nationals. Rather, we should aim to extend those opportunities to those refugees huddled in shelters along and outside our borders. Not only will this promote stability in borders but create mutual trust between countries and refugees. 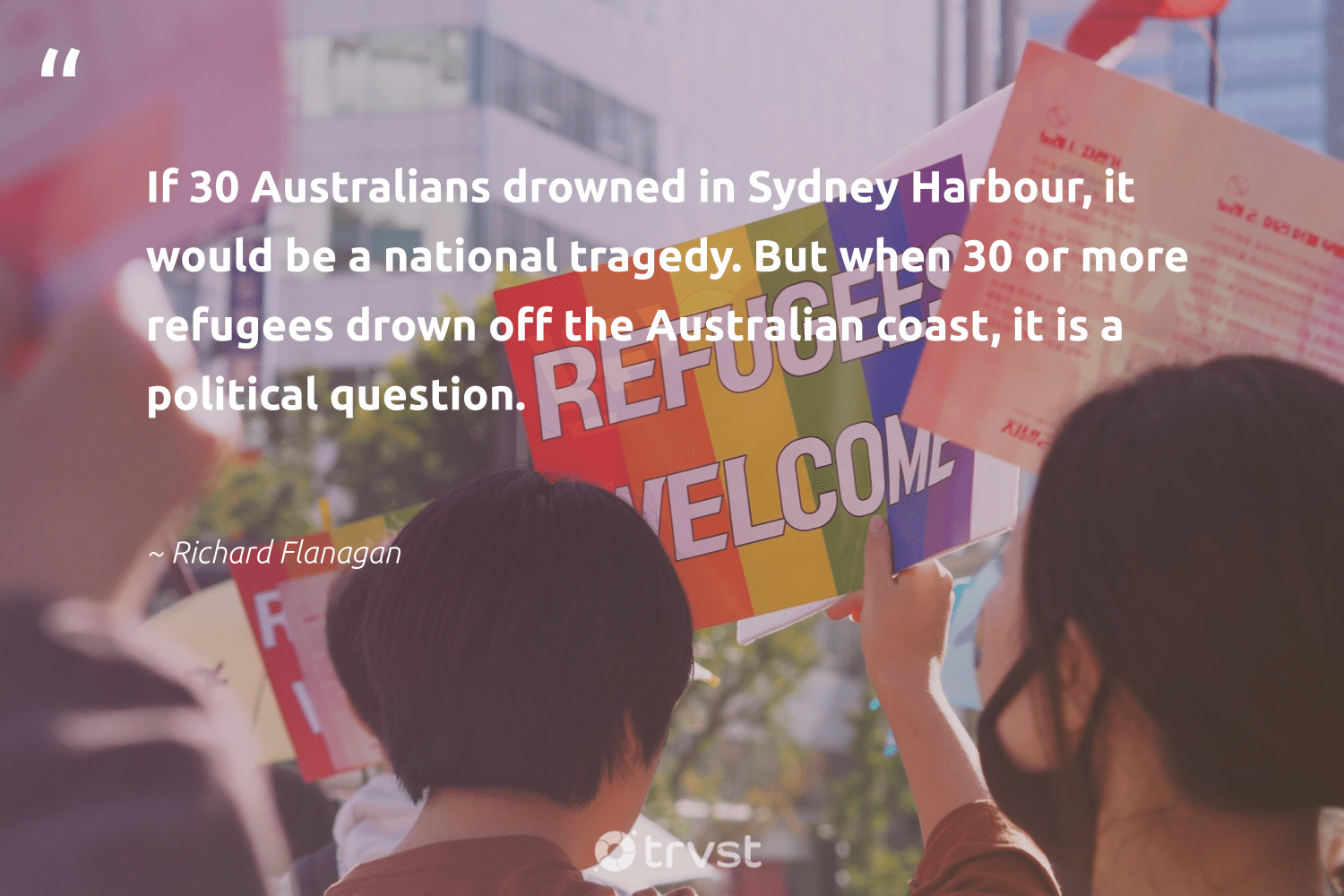 Considered as "one of the finest Australian novelists of his generation" by the Economist, Richard Flanagan is an acclaimed writer with numerous awards for his literary work. Flanagan’s work focuses on the environment, art, and politics. He won the 2014 Man Booker Prize for The Narrow Road to the Deep North (amazon).

Flanagan's quote draws our attention to the grievous plight faced by refugees not just in Australia, but everywhere else in the world. Nationality shouldn't be used as a yardstick to decide who enjoys fundamental human rights. Everyone deserves a fair chance at life, including refugees. 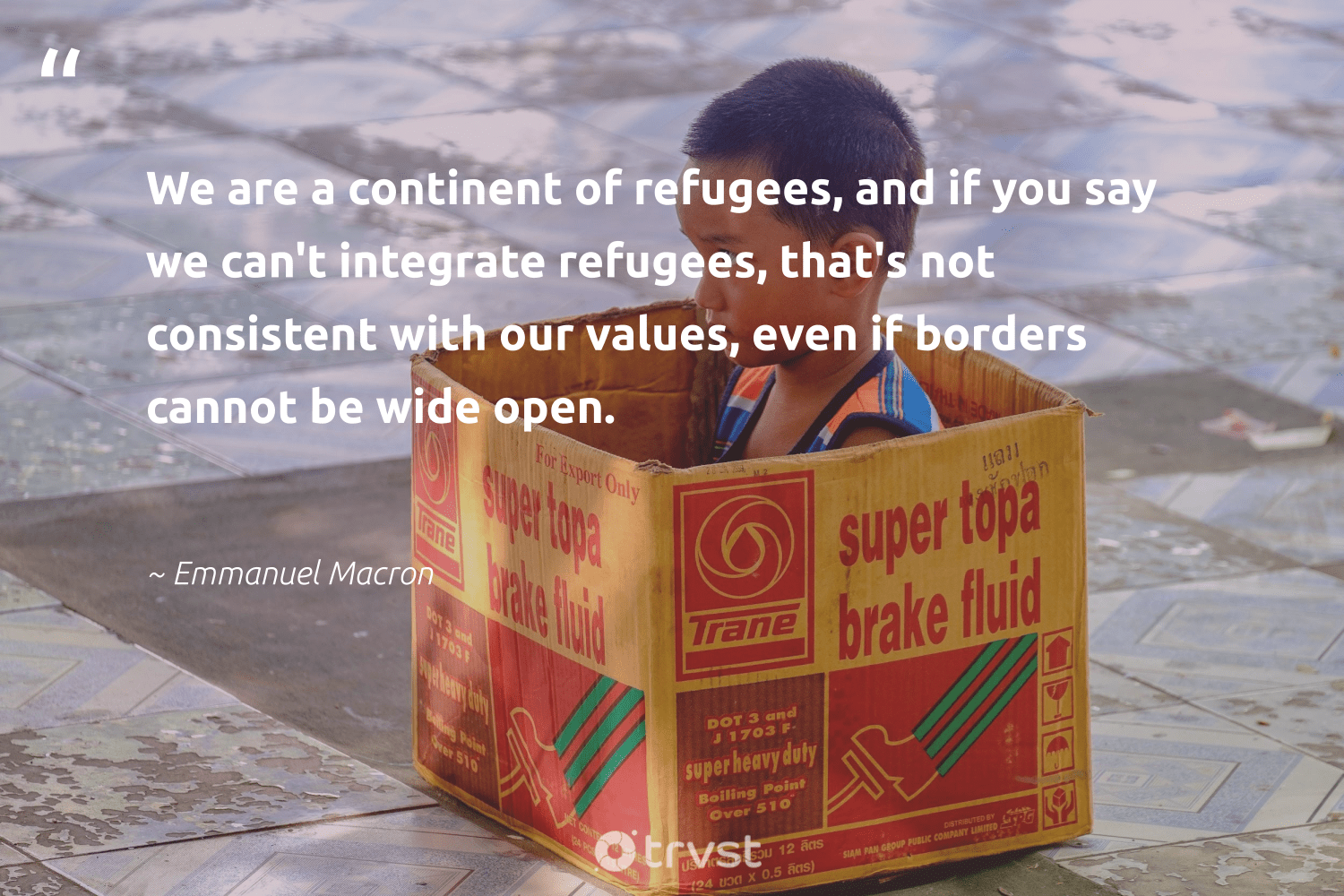 Emmanuel Macron is the president of France and the youngest president at the helm. Macron supports better housing and an open-door policy for migrants and refugees. Macron believes absorbing more migrants into France will boost the country economically.

Until we learn to accommodate those who do not share our values, it will be difficult to live with and understand them; or more importantly, accept them. Macron believes that while strict border control is essential, no country should shut its door on refugees. 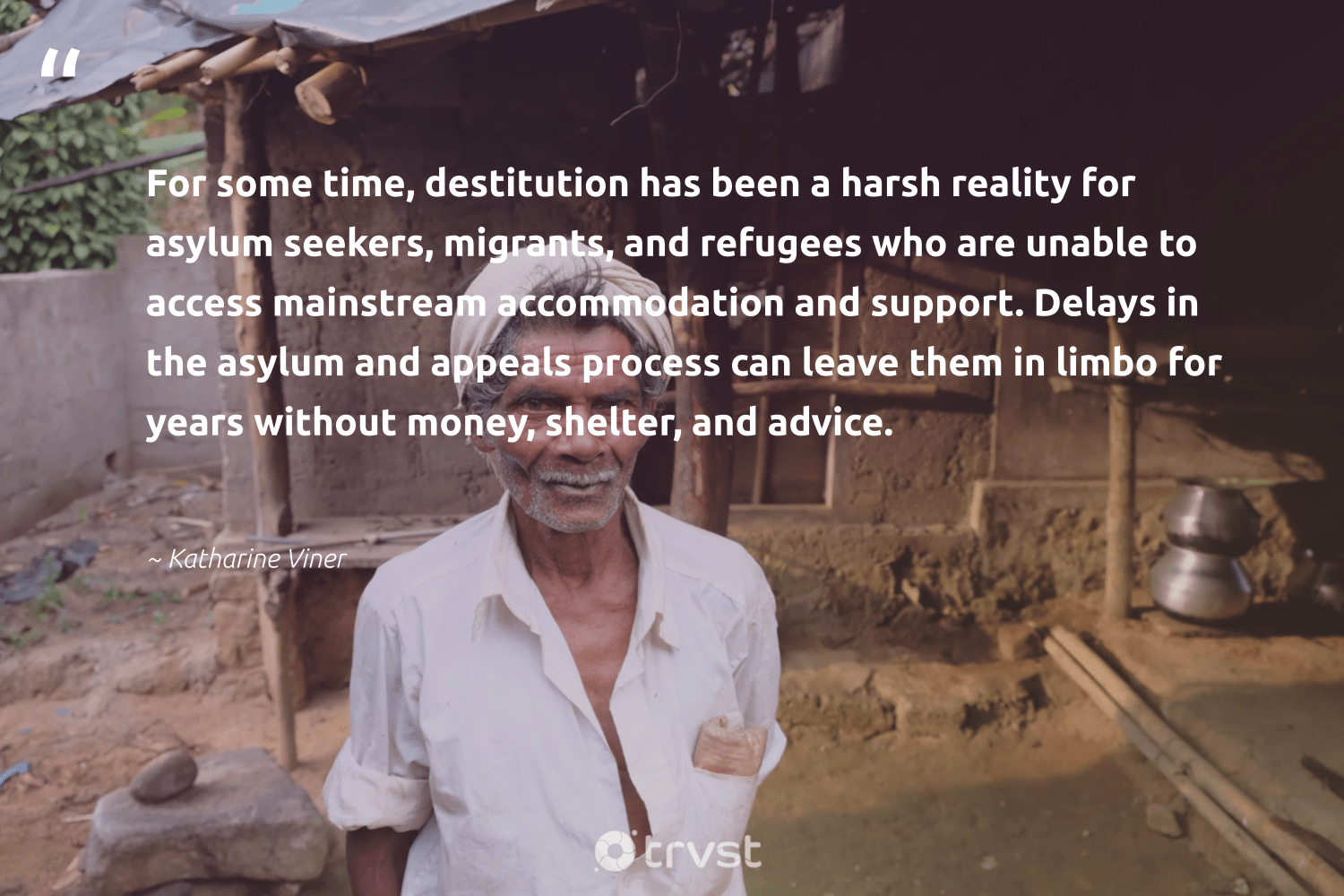 Katharine Sophie Viner is a British journalist and playwright. She became the first female editor-in-chief of British news outlet The Guardian in its 194-year history. Viner speaks often against human oppression and maltreatment.

Millions of refugees, asylum seekers, and migrants don't have access to proper health care, money, or shelter. Trafficking is a crime that becomes easier to execute because people are vulnerable. Others may be killed in the conflict. We need to recognize these happenings around us. We should reform our economic and social systems to cover and assist refugees, migrants, and asylum seekers.

Jackie Chan once said, "Sometimes it takes only one act of kindness and caring to change a person’s life." To you, it may be a moment of inconvenience or a few digits less in your bank account. To someone else, it’s the ticket to a new life.

Former US president Ronald Reagan said: "We can't help everyone, but everyone can help someone." This is why we need to rally ourselves, leaders, friends, families, and everyone to eliminate discriminating barriers, and help and provide for refugees, migrants, and asylum seekers. The good you do today will have a positive ripple effect on the lives of others, both alive and to come.

More Quotes About the Refugee Crisis: 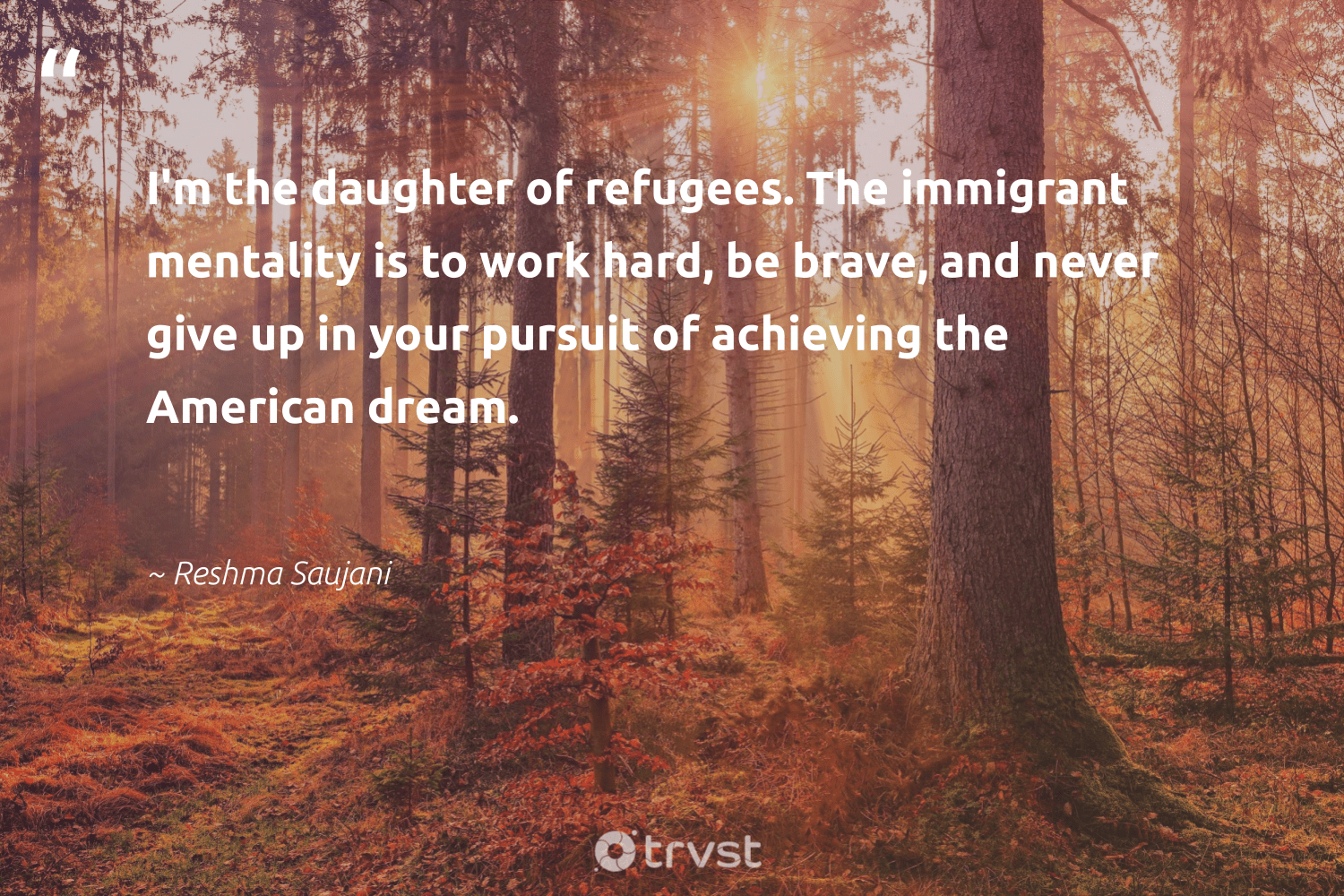 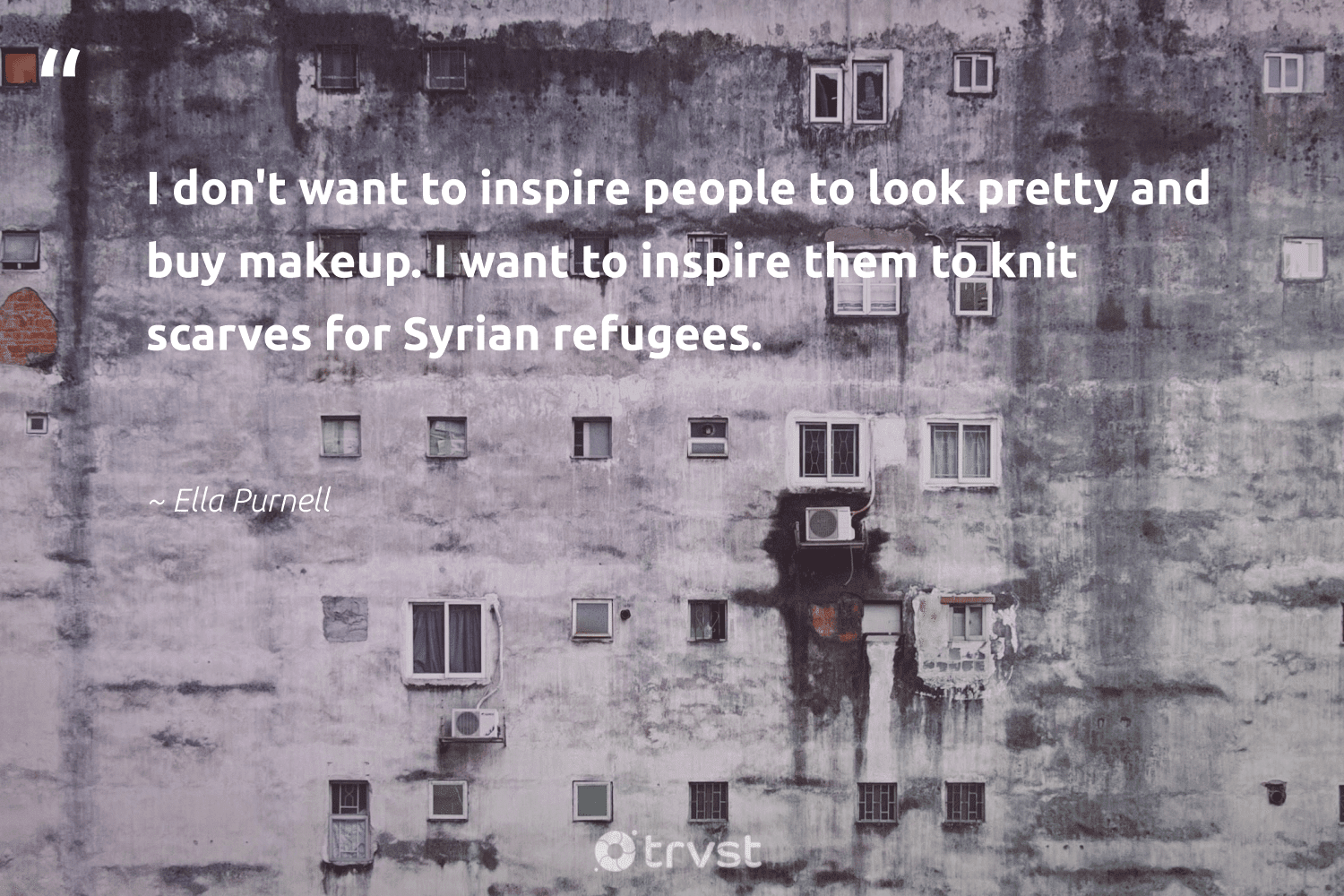 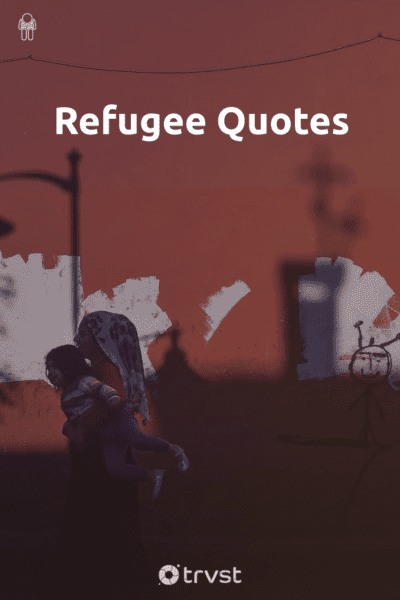 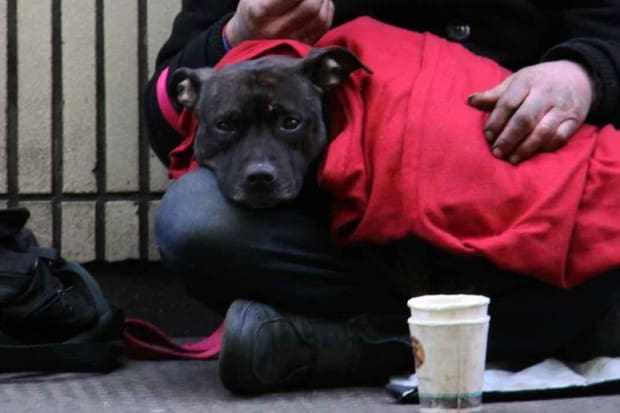 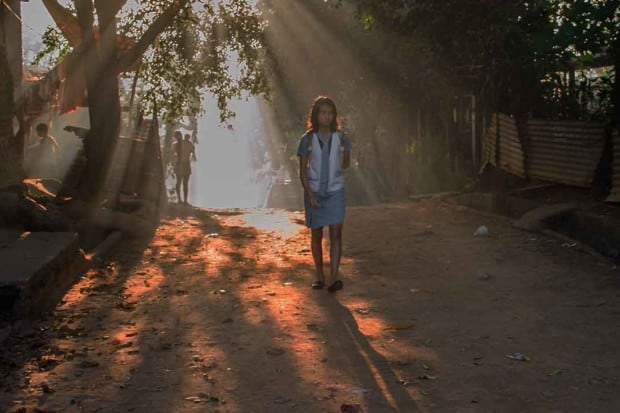 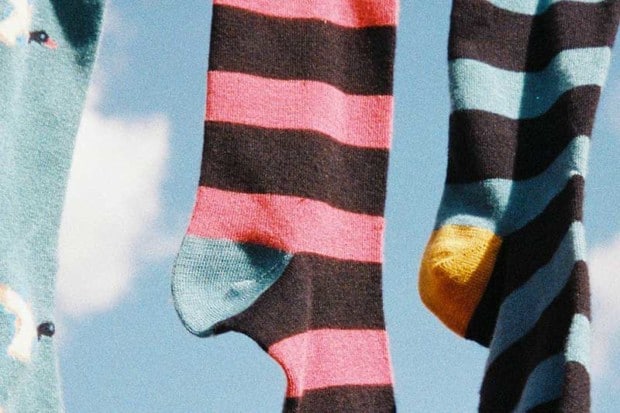 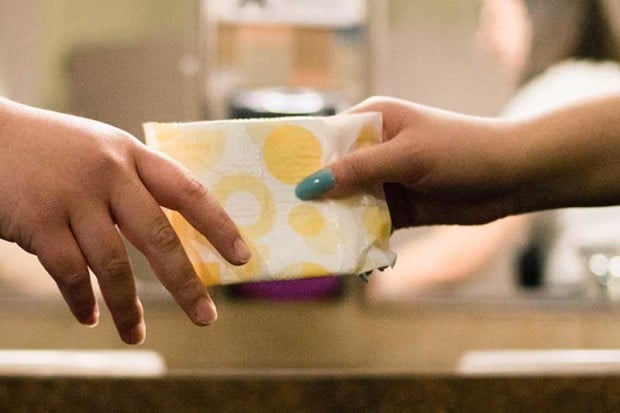 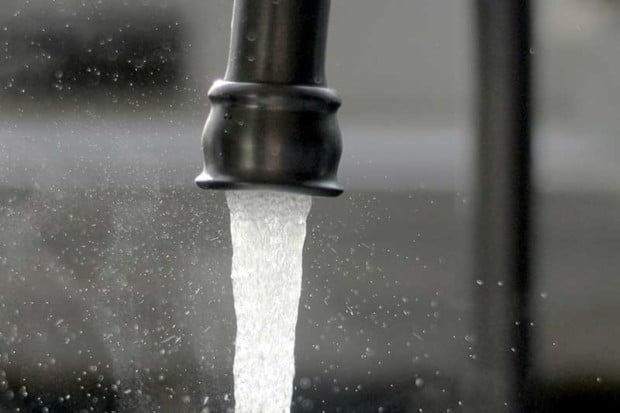 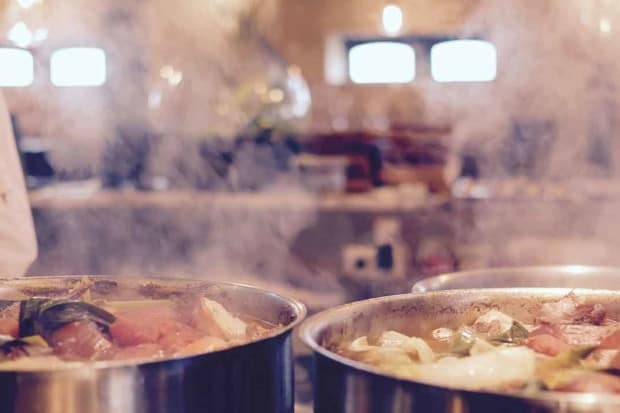 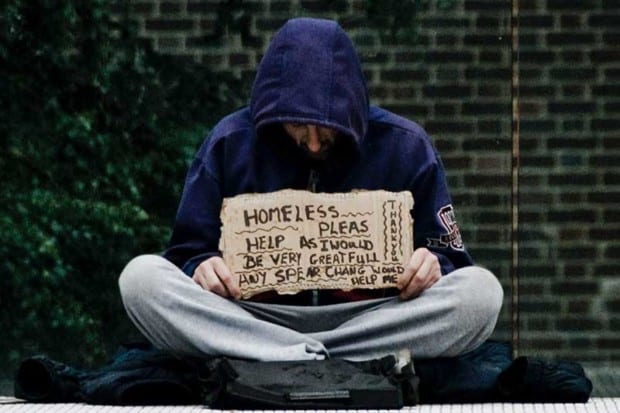 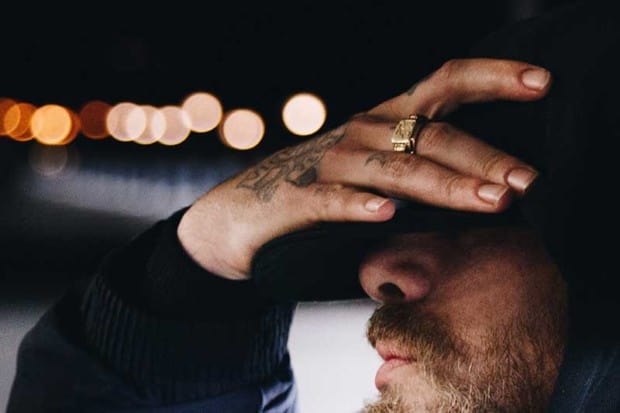