Welcome to #TRVSTLOVES. We curate news, ideas, and inspiration from across the world, demonstrating how real action can accomplish a positive social impact. Continuing the theme of last time, where we looked mainly at activism in business, we’re taking a look at individuals this time. They may be known as activists, eco-warriors, or game-changers, but whatever their label, they are people determined to make a difference in our world.

The sheer dedication in this news story recently caught our eye, an Indonesian eco-warrior who has spent the last 24 years planting trees in the hills of central Java. Over this time, 69-year-old Sadiman has planted more than 617 acres of banyans and ficus trees. Ironically, he was once seen as a madman, bartering his goats for tree saplings, but his persistence has paid off, and he’s now responsible for transforming many, many lives. The long roots help retain groundwater, which has meant farmers can now harvest crops 2-3 times a year instead of just once.

For some reason, this particular story got a lot of coverage, and we think it has to be down to this man’s character. He believed that he could make a change, even if it meant years of dedication and ridicule to get there. It’s a bit of a reminder, isn’t it, that while we may not see an immediate effect when we make changes, we need to be persistent. In fact, this story makes us think of the rather lovely Greek proverb:

“A society grows great when old men plant trees in whose shade they know they shall never sit.”

We can hardly write a piece about environmental activists without mentioning Greta Thunberg. We’ve linked to her Ted Talk back in 2019, which is well worth a listen, but it’s also worth tuning into her documentary “I am Greta,” which, as with everything Greta, has divided opinion.

Thunberg is known for challenging world leaders and, at the 2019 UN Climate Change Conference, said that

"The real danger is when politicians and CEOs are making it look like real action is happening when, in fact, almost nothing is being done apart from clever accounting and creative PR.”

Whether her age and gender are a help or a hindrance is up for discussion really; she’s often dismissed or ridiculed. Yet, whatever you think about Thunberg, she was a 15 year old girl when she stepped onto the world stage, which automatically gave her a unique voice when talking about climate change. Would the messaging have the same impact and have caught the attention of so many if it was to come from a middle-aged man? We think probably not.

At TRVST, we love finding stories of people doing extraordinary things, especially when they can’t always be found in the mainstream news; inspiring people can be found just about anywhere if you take the time to look! So it’s people like Illac Diaz and his story that we love to share. Diaz is a social entrepreneur from the Philippines whose NGO Liter of Light has now installed 350,000 bottle lights in more than 15 countries, supporting people to move away from energy poverty.

The technology is simple; old plastic bottles are hung from the ceiling and used as eco-friendly bottle lamps. During the day, water and a small amount of bleach in the bottle refracts the sunlight, and at night, add-ons such as LED bulbs, micro-solar panels, or batteries offer people a low-cost energy system. We actually recommend giving their Instagram page a look, where you can check out what the lights look like and follow along with the great work that Liter of Light is doing.

We very much enjoyed this interview on the Sustainability Podcast with Indian social activist Medha Patkar. Patkar is a founder of the 35 year-old Narmada Bachao Andolan (NBA) movement, an alliance organized to stop a number of dams planned for the Narmada river, which would displace populations and devastate farmland. Patkar is involved in many social and political movements, many of which challenge policy and are in opposition to development projects that bring about disparity to local people. Patkar explains that many of her causes are not simply environmental issues, but social, political, and economic issues, too, because these factors are almost always interlinked. It’s a reminder that activists, eco-warriors, game changers, and those that have chosen to take a stand for the environment have so many obstacles to navigate, obstacles that come from different directions. None of these plights are “easy wins,” and what’s obvious is that these people aren’t dedicating just a portion of their lives to their cause, but often a whole lifetime.

It’s clear that activists and game-changers are, by nature, very strong and persistent individuals who are willing to fight for what they believe in. But what makes someone get involved in the first place?

For Aditi Mayer, it was the collapse of the Rana Plaza in Bangladesh in 2013, where 1,134 people lost their lives, and thousands more were injured. Mayer was still in high school at this time but says that the tragedy helped.

“open her eyes to the fashion industry’s disproportionately negative impact on women of color across the globe.”

Mayer is now a sustainable fashion blogger, photojournalist, labor rights activist, and frequent speaker on social and environmental justice topics. She has gained a large following on social media, which means she can influence many people with her messaging as well. We think it takes a special sort of person to step forward and take action, and Mayer is an excellent example of someone who has decided to take a stand against something she believes in and has dedicated her entire time to working on this cause. 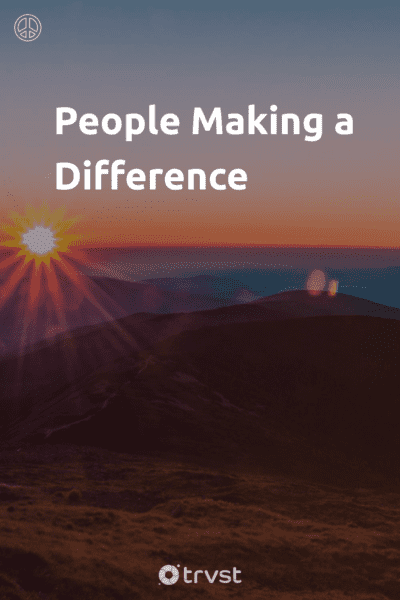 Photo by Jakub Kriz on Unsplash
Featured in Positive Activism 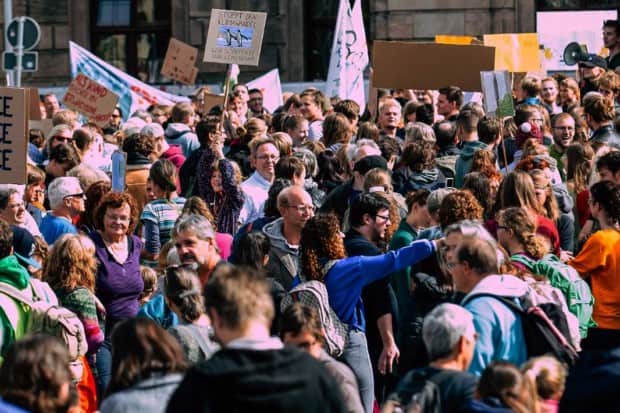 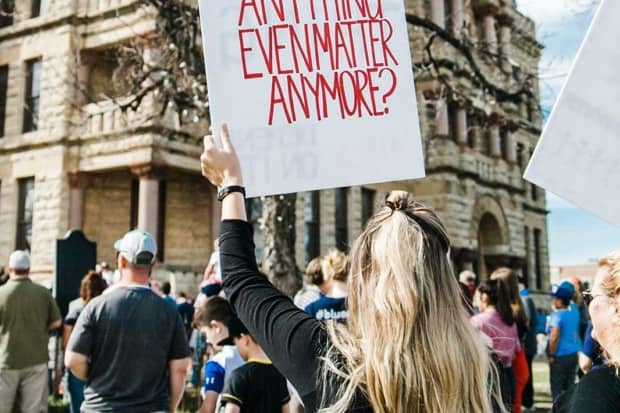