Welcome to #TRVSTLOVES. We curate news, ideas, and inspiration from across the world that demonstrate how real action can accomplish a positive social impact. This time we’re taking a look at the opportunities to be found in green technology.

Increasing temperatures and weather-related disasters are on the increase, yet in this environment, there remain many unique green business opportunities. Innovative, game-changing proposals are needed more than ever, and savvy organizations in the right position should be throwing everything they have at making the most of the possibilities.

A recent survey of C-suite and VP-level business leaders by Forbes and MindForce Research has revealed some interesting foresight; one of the main findings was that technology investment is key to combating climate change with comments focused on the Internet of Things (IoT) and environmental sensors.

Once linked mainly to manufacturing, the Internet of Things (IoT) is now viewed as an agent of change across a large number of sectors. More recently, it has been linked to enabling sustainable practices and will play an important role when it comes to helping organizations reduce energy consumption, streamline processes and enhance waste management.

Environmental sensors will also be vital as we look to measure progress and make informed decisions about the future.

Have you heard of a “prosumer”? Most of us are one, actually, because most of us produce and consume. Typically this might relate to a DIY project, or even using a self-service till at the supermarket.

In environmental terms, though, it refers to people producing and consuming their own energy by using local renewable sources, for example, rooftop solar panels. These environmental prosumers' are enabling green tech to drive forward alternatives to energy consumerism.

During the 20th century, the world became consumerist, yet this excessive attitude has, over time, led to overconsumption and waste. So here’s hoping that the new wave of prosumers really takes off, moving us into a whole new era of how we consume and use energy.

Thampi, from Schneider Electric, says the movement needs to start with smart-home energy-management solutions, so it’s good to see energy and tech companies team up for smart home automation.

The demand for such capabilities in Europe is seemingly growing, and so businesses are realizing that they need to respond quickly to this trend to take advantage. Again, this is where the Internet of Things (IoT) will come into its own; by 2025, forecasts suggest that there will be more than 75 billion Internet of Things (IoT) connected devices in use worldwide.

A number of unsuccessful green tech initiatives in the past put a bit of a dampener on the market, leaving investor confidence a little wobbly. But this is definitely changing as green tech is now attracting greater investor interest. Concerns around the future and pressure on companies to improve carbon footprints have helped support this trend, as well as declining costs for sought-after materials such as renewable batteries.

For many startups, the “valley of death” is as ominous as it sounds, it’s the period when a business has kicked off operations but not yet generated any revenue. Many businesses, as you can imagine, can fail at this point.

On this subject, we’ve found an interesting chat between Amy Duffuor of PRIME Impact Fund and Shayle Kann (on PRIME's investor advisory council) about the new valleys of death in climate investing, where they discuss, amongst other things,

“the influx of generalist investors and the maturing ecosystem of incubators, accelerators, and funds that provide support at multiple stages in a startup’s path to growth”.

A very interesting conversation if you have the time to tune in.

The EU has fined German carmakers $1 billion for conspiring to hold back green emissions tech. This is the first time that such a fine has been made, and is particularly noteworthy as it’s based on technological development and not fixed pricing as is more typical. This fine will be especially sensitive because of the reputational risk around businesses choosing to limit green tech development.

The decision will certainly send out a strong message to other organizations and has the potential to make savvy consumers looking for transparent and environmentally aware businesses rather wary. Margrethe Vestager from the European Commission said that the organizations (Daimler, BMW, Volkswagen, Audi, and Porsche)

but chose not to. Daimler has managed to forgo the fine because they revealed the cartel to the commission. The message here is pretty clear; transparency and honesty are rewarded, whereas the EU has reiterated, “we do not tolerate it when companies collude” (Vestager).

We often report on competitions that encourage innovation, they’re such a great way to get people excited about the best new solutions to tackle the climate crisis. The Extreme Tech Challenge Global Finals is “a startup competition focused on powering a more sustainable, equitable, inclusive, and healthy world.” Competitions such as these often result in organizations being awarded substantial venture capital should they be successful, so it’s one worth pulling out all the stops for.

The event itself, which took place on 22nd July, included a number of talks, including “Waste Matters” which discussed how tech might be able to solve one of our larger problems, excess waste. There are certainly missed opportunities in this area, just last year, it was confirmed that the worth of generated e-waste was estimated to be $57 billion, so if organizations can step in and take advantage of this, then we’re in a win-win situation. 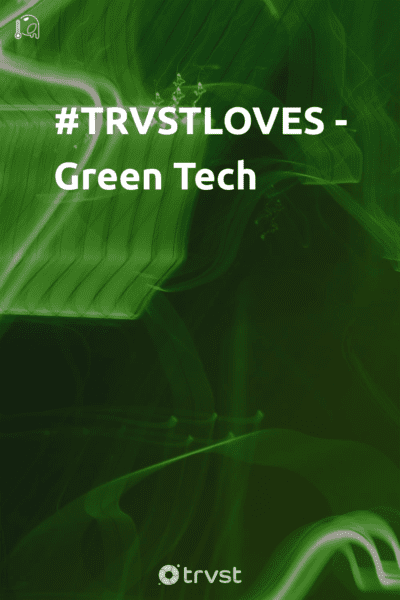 Photo by Alex Middleton on Unsplash
Featured in Climate Change 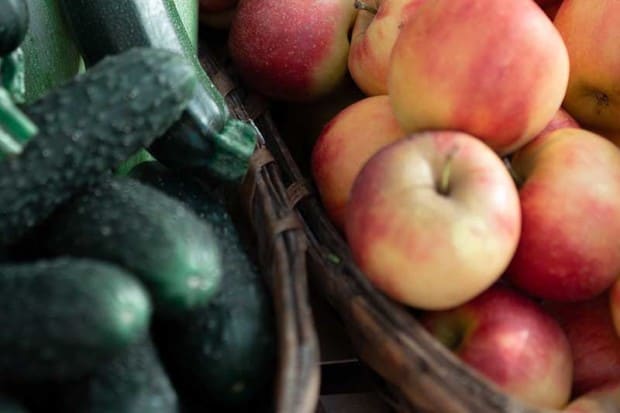 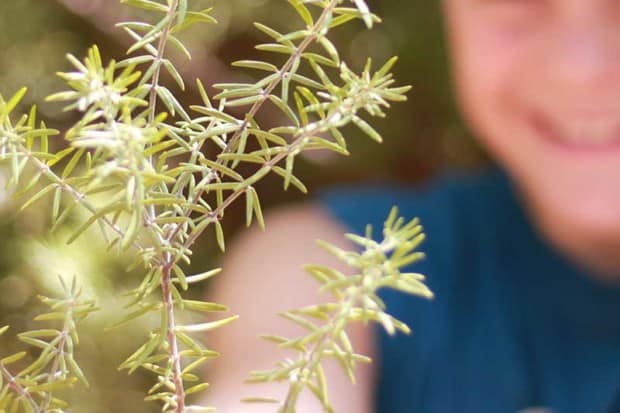 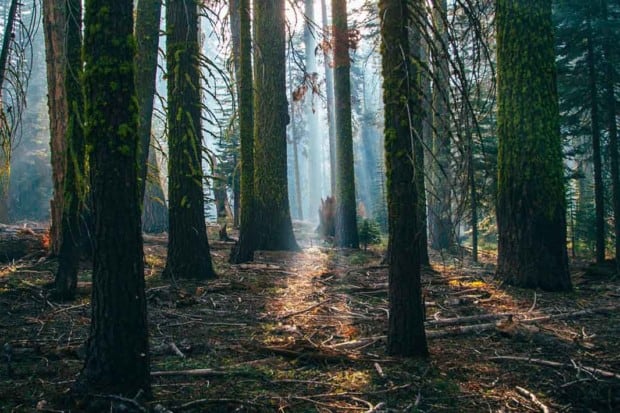 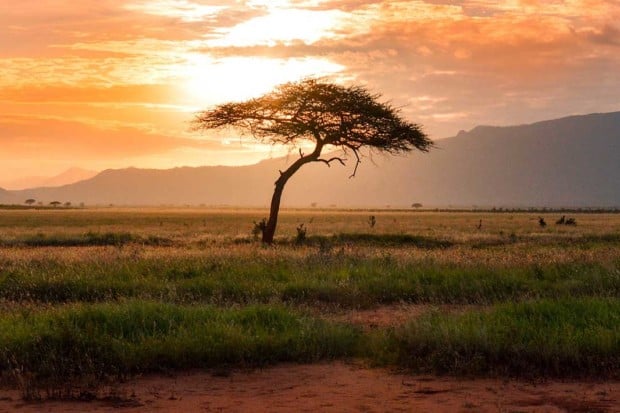 inspiration
Africa’s solarized digitalization agenda in the time of coronavirus 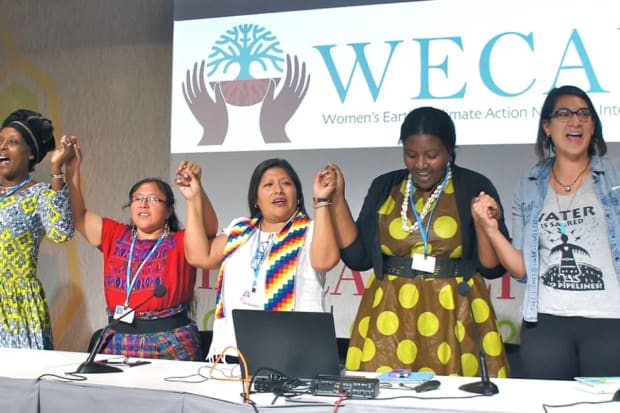 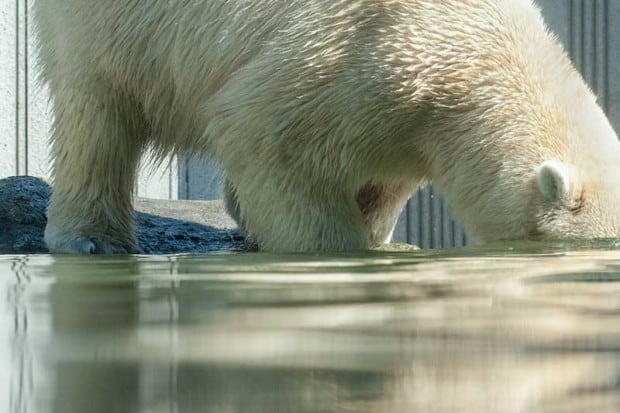