The United Nations Climate Change Conference (COP26), where I am exhibiting my art shows, takes place in Glasgow, Scotland, beginning on October 31 through November 12, 2021, this year.

The latest report, the Special Report on Global Warming of 1.5°C (SR15) by the Intergovernmental Panel on Climate Change (IPCC), points out that we will not meet the Paris Agreement goal of limiting global temperature rise to 1.5°C.  Because, for over a century, we have been burning fossil fuels -- whether coal, oil, or natural gas-- to drive the industrial economies of the world that have resulted in CO2 pollution, which causes climate change/global warming that has amplified wildfires which produce increased carbon emissions and kill trees which convert CO2 to oxygen, heightening the covid pandemic’s impact on humans around the world.

Related: Digital Art Shows for a Sustainable Recovery from Corona

The High-level Dialogue on Energy (HLDE) and the international climate process are united in pursuit of interrelated goals. The Paris Agreement requires that countries reach global peaking of greenhouse gas (GHG) emissions as soon as possible to achieve a climate-neutral world by mid-century. The HLDE’s goal is to accelerate and scale-up action to a global roadmap to achieve SDG 7 and a set of energy compacts, which serve as the

“vehicle to translate the global roadmap and key recommendations into concrete plans with clear milestones and targets to achieve universal access to clean, affordable energy by 2030 and net-zero emissions by 2050.”

Path to SDG 7 and Net-zero Emissions

According to a summary by UN-Energy, which highlights key recommendations and milestones towards the achievement of SDG 7 and net-zero emissions from the Ministerial Thematic Forums, key elements of the global roadmap include:

Close the energy access gap: Provide access to electricity for the 760 million people worldwide who lack it and ensure clean cooking solutions for the 2.6 billion people still relying on harmful fuels.

Rapidly transition to clean energy: Abandon all coal plants in the pipeline and reduce coal power capacity by 50% by 2030.  Rapidly scale up energy transition solutions to reach 8,000 gigawatts (GW) of renewable energy by 2030 by increasing the annual rate of energy efficiency from 0.8% to 3.0%.

“Coal pollution is the single biggest contributor to climate change and a major threat to people’s health, so the accelerating wave of coal plant closures in Europe is very encouraging.”  “As we approach the pivotal COP26 summit in November, local communities are increasingly joining forces with cities, states, businesses, and national governments to speed up the transition to a healthy, clean energy future. Today’s milestone in Europe shows how far we’ve come in a short time – and how other countries can step up to save lives, fight climate change, and strengthen their economies.”[1]

In preparation for the Glasgow Climate Change Conference (COP 26), the UNFCCC updated its synthesis of countries’ nationally determined contributions (NDCs). The revised NDC synthesis report (FCCC/PA/CMA/2021/8/Rev.1), released on 25 October, updates key findings of the full report and confirms a projected increase in global emissions in 2030 for all available NDCs, which may lead to a global average temperature rise of about 2.7°C by the end of the century.

According to the Energy and Climate Intelligence Unit’s Net Zero Tracker, Canada, Denmark, the EU, France, Germany, Hungary, Japan, the Republic of Korea, Luxembourg, New Zealand, Spain, Sweden, and the UK have signed net-zero commitments into law, with Germany and Sweden aiming to reach carbon neutrality already by 2045. Chile, Fiji, and Ireland have proposed net-zero legislation. Forty-five countries, including major emitters such as China and the US, have net-zero goals reflected in policy documents, and almost 80 are considering targets.

According to the UNFCCC, 733 cities, 31 regions, 3,067 businesses, 173 of the biggest investors, and 622 higher education institutions have also pledged to “race to zero.”

This year’s Emissions Gap Report finds that the

“latest climate promises for 2030 put the world on track for a temperature rise this century of at least 2.7°C,”

“need to make their net-zero pledges more concrete, ensuring these commitments are included in NDCs, and action brought forward.”

Currently, six of the highest CO2 emitting countries China, the US, EU, India, Russia, and Japan in the world, are investing in and developing Solar Power Satellite (SPS) systems to produce clean energy 24 hours a day, 365 days a year without the atmospheric, day/night light interference.  And based on a new study from the Frazer-Nash Consultancy, on behalf of the Department for Business, Energy and Industrial Strategy (BEIS), the UK, which has left the EU, maybe. joining this list as a feasible solution to cutting the country’s carbon footprint.[2]

SPS is the collection of solar energy in space and its wireless transmission for use on Earth or other bodies.  The growth of the global SPS market has been propelled by the implementation of strict government regulations concerning environmental pollution and a rise in investment in sustainable power generation.

Currently,  China is taking the lead in SPS by building the Bishan space solar energy station in the southwestern city of Chongqing. It is expected to begin tests by the end of the year to build on experiments in beaming energy over vast distances.

According to a report published by Allied Market Research, the global space-based solar power market garnered $425.7 million in 2020 and is projected to reach $902.2 million by 2030.  $100 million of this funding came from a single source, billionaire Donald Bren and his wife, to the California Institute of Technology to help make space-based solar photovoltaic power from orbit a reality. The laser-transmitting solar satellite segment contributed to the largest market share in 2020, contributing to more than half of the total share, and is expected to maintain the lead throughout the forecast period.

Dr. Paul Jaffe, an electronics engineer who has investigated SPS systems for the U.S. Naval Research Laboratory (NRL), has summarized his recent space solar power beaming experiments in a report which concludes that power beaming offers a range of benefits for space applications to address a wide range of distances.  But,

“so far, there has not been a power beaming demonstration in orbit spanning > 1 meter with > 1% end-to-end efficiency.  Therefore, creating a power beaming link that exceeds these modest thresholds is the logical next step in SPS technology.  Because implementing SPS might result in a clean, constant, and globally distributable energy supply — unmatched by any earth-bound source.”

“Anything we can do to wean away from coal and fossil fuels is a step in the right direction,”

he added.  Nevertheless, he cautions

“For space solar to work, it will almost certainly need to offer some compelling advantage in a given application before it can compete on cost. There are several segments involved: launch, manufacture of the space and ground portions, and the industries associated with each. The logistics will be challenging.”

[1] 50% of All Coal Plants in Europe Set to Close, Marking Major Milestone in Phase Out of Coal in Europe by 2030
[2] Is space-based solar the answer to net zero?
[3] China embarks on space race for solar power 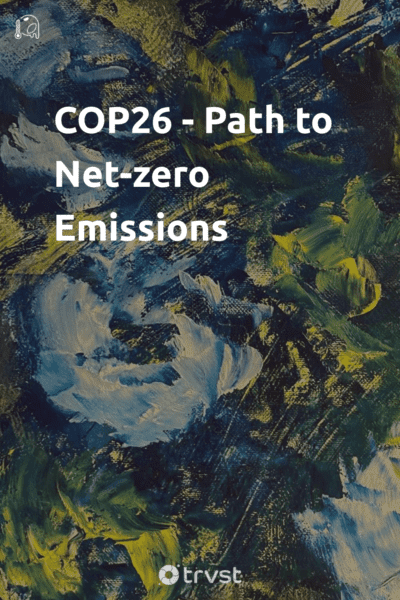 actions
What Are Food Miles? Why They Matter and How to Check Them 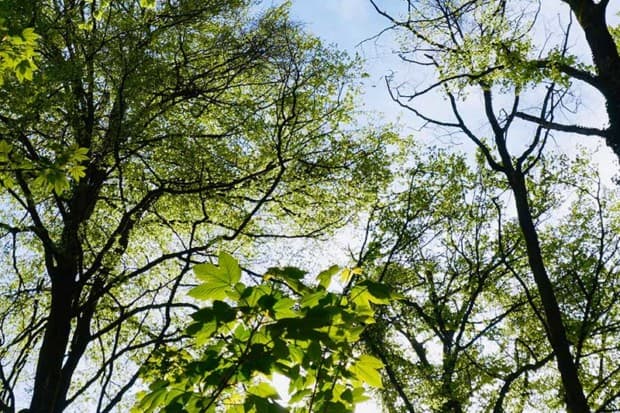 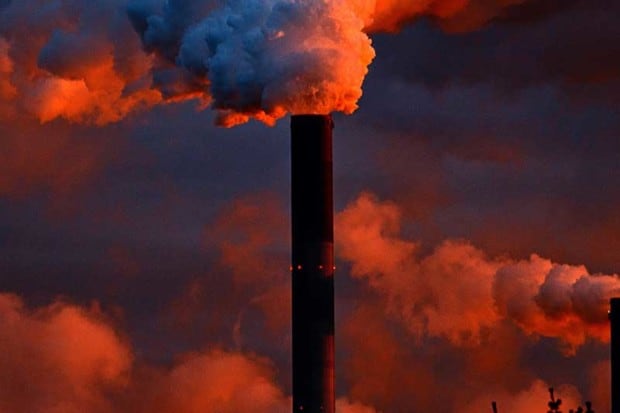 inspiration
What Are Greenhouse Gases? 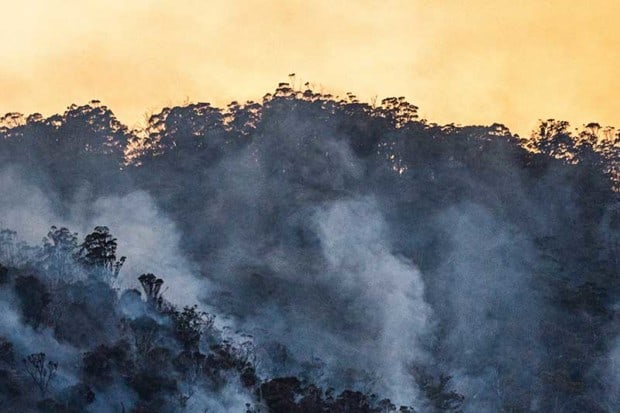 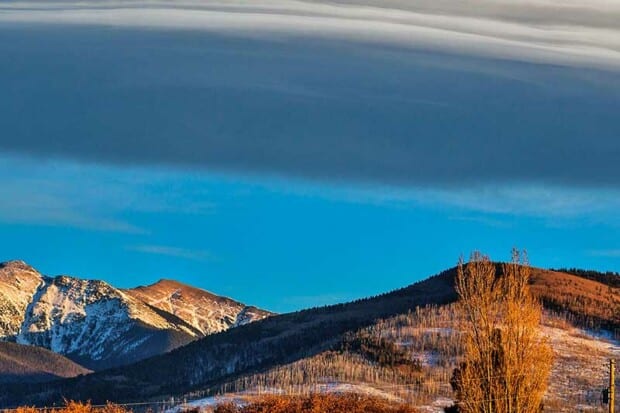